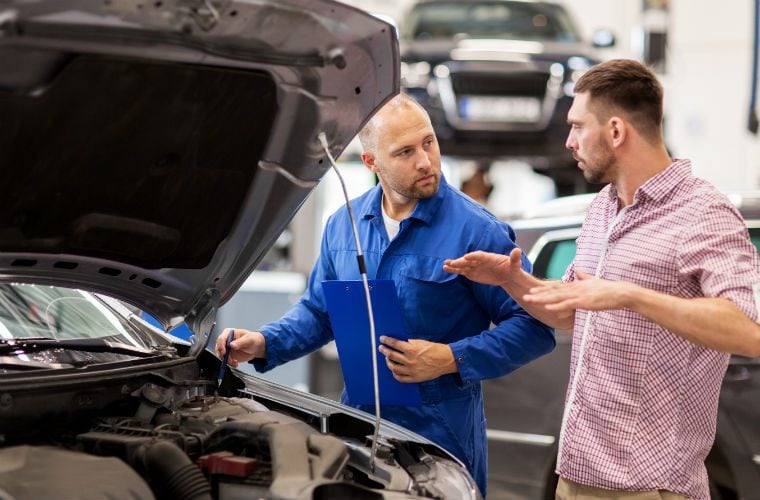 The number of vehicle owners attempting to repair their own car is on the rise but many end up paying for a garage to fix their mistakes. Image: Bigstock.

Almost 40 per cent of ‘home mechanics’ have had to take their car into a garage to correct their mistakes, costing them as much as £170 to get the work done professionally, new research suggests.

The study also claims that a growing number of British motorists attempting to repair their own vehicle with 57 per cent now buying spare vehicle parts.

Two-fifths of drivers have had to get their issues rectified at costs between £80 and £170, the research from Consumer website, Money Saving Heroes shows.

Just 30 per cent say they don’t attempt any repairs themselves because they ‘don’t trust’ themselves to do the work, 24 per cent ‘have a friend’ who does it for them cheaper than garages charge and 21 per cent ‘want it done properly the first time’.

George Charles, a spokesperson Money Saving Heroes said: “It is no surprise that people end up paying more to rectify their car DIY jobs than it would have cost to get a trained mechanic to do the job, what with the average Briton not being a mechanic and understanding the ins and outs of a car.”

Have you had to correct a customer’s bodged DIY repair? Share your comments and experiences below.

Home Page › Forums › DIY car repairs on the rise but drivers end up paying £170 to fix their mistakes, study shows