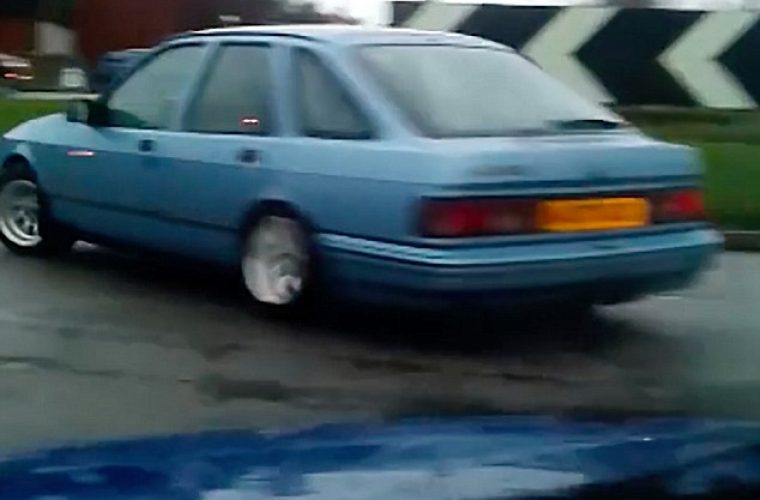 The dangerous driver was caught on film by another motorist.

A Ford Sierra GLX has been filmed drifting around three separate roundabouts during rush hour in Essex, reports the Daily Mail.

Follow motorist, Jake Tripp, recorded the incident on his mobile phone and claims that he saw the Sierra driven carelessly around six roundabouts in total.

The dad-of-two said: “We were going home from work and we’d gotten about two minutes down the road when we saw this guy going mad.

“No one was going into the roundabout because they didn’t want to get in his way. It was like he was trying out to be the next Colin McRae.

“He must have done six roundabouts like that before we headed off.”

Speaking to the Daily Mail, Tripp said he wanted to share the footage to show others the kind of dangers that certain actions can pose for others, especially in wet conditions.

He commented: “We were joking that he must be off to prison the next day, he didn’t care what he was doing. We did find it funny.

“But it is dangerous, on the second roundabout he looks as if he’s going to come off at the junction and at the end of the video you see he nearly hits someone.

“There are kids out on the roads, if I had had my kids with me at the time I would have reacted differently.”