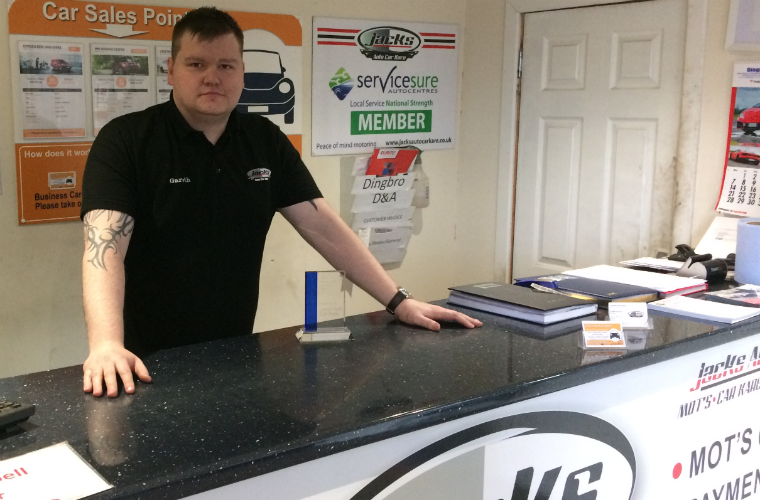 Whilst scooping the 2016, 2017 and now 2018 accolades, the Dundee-based independent has leased more than 100 vehicles in just over three years working with CLB.

Owner, Murdo MacIntosh said: “The move into car leasing was an unusual one at first but we stuck with it and it’s added a great new dimension the business.”

With most vehicles going to current customers of the garage, Murdo believes the relaxed and knowledgeable approach of staff, along with the existing trusted relationship, provide a winning ‘no frills’ formula.

The business moved to 8,200 sq foot premises in the centre of Dundee two years ago and has since invested in a separate car show room, Class IV / VII MOT capability and refurbished open plan offices to create a ‘dealer level’ experience.

“We’ve had customers come in for an MOT and leave with a new car lease agreed.

“We fully service a very high percentage of these lease cars in our newly refurbished workshops too.”

Owner Gareth Kinnear saw the opportunity to offer new cars after noting the high proportion of customers getting MOTs as they planned to sell vehicles.

“We just ask on the reasons for any early MOTs and it’s been going really well,” said Gareth.

“We started in January 2018 and it took a couple of months to get going but since then it’s been brilliant.”

CLB has been working with Servicesure Autocentres as a supply partner for over ten years.

To find out more about the full range of benefits enjoyed by garage members of the fast-growing Servicesure network, select ‘more details’ below.