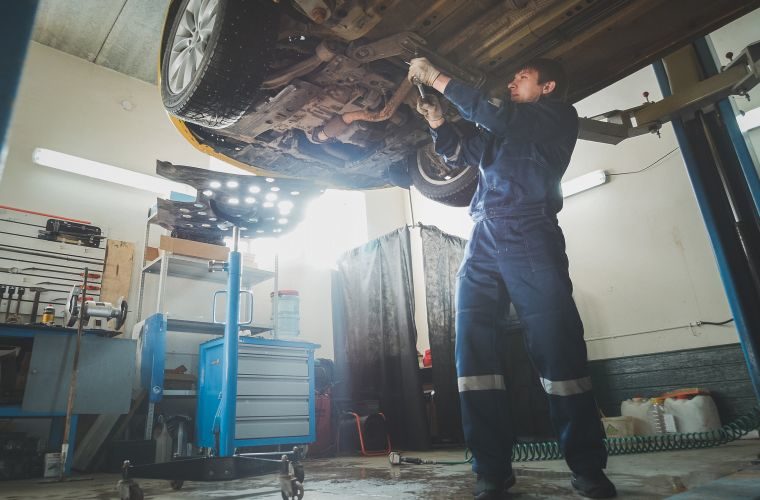 The recent discovery of faulty vehicle lifts in Northern Ireland’s MOT centres has raised serious health and safety concerns about the inspection process at its MOT centres.

According to the DVA, the majority of the affected vehicle lifts were installed in 2011/12 and MAHA Ireland, the supplier of the equipment, was responsible for routine inspection and maintenance.

However, Northern Ireland’s MOT system is now facing heavy criticism with many asking why it took so long for the faults to be reported.

Stuart James, director of the Independent Garage Association told Garage Wire: “The MOT situation is very different in Northern Ireland where one organisation carries out testing on behalf of the government.

“It’s a robust inspection process and garages are diligent in ensuring they are compliant.

“Northern Ireland’s 48 lifts which were found to have signs of cracking couldn’t have happened over night.

“It will have happened over a period of time, so why weren’t inspections carried to the same standard as the rest of the UK?”

GW reader, Brad Doulton said: “There could be no reasonable explanation for all of these lifts failing in the same way and not going noticed, other that negligence.

“Some of these lifts will have worked harder than others, which shows a design fault.

“But surely at least some of these lifts will have been under a routine maintenance program so this fault would have been noticed earlier?

“I find it strange that all the lifts have suddenly developed the same fault at the same time.”

Commenting on the Garage Wire forum recently, an anonymous GW reader said: “Don’t forget this is the same organisation that hasn’t been doing diesel smoke tests or cat emission tests this past 12 years.

“Corner cutting and over ups is now normal practice for the DVA.”

Speaking to Garage Wire, head of policy at the RMI, Aslam Vaid said garages should ensure their lifts are thoroughly examined every six months.

He added: “As with all equipment lifts will deteriorate over time, which can result in dangerous situations and requires periodic examination.

“A comprehensive and pro-active inspection policy should also include regular inspections which may be carried out in-house by a suitably trained member of staff.

“This will lead to early identification of problems such as cracks and could reduce the risk of costly rectification in the future.”

The RMI states that six monthly vehicle lift inspections is common practice but that the period can be specified the person carrying out through examinations.

Thorough examination is defined by the RMI as a methodical and comprehensive examination of the lift and all its components by a competent person such as an insurance engineer.

Aslam Vaid said the main objective of such inspections is to spot any faults which are, or may become, dangerous and for the examiner to report them to the garage owner.

If appropriate faults should also be reported to the Health and Safety Executive (HSE) or local authority.

Aslam said: “Upon the receipt of a report, the HSE may decide to visit the premises and carry out an inspection of not just the lifting equipment, but the whole premises.”

The RMI is clear that examination of lift equipment is not the same as preventative maintenance.

Preventative maintenance may include the replacement of worn or damaged parts, topping up fluid levels and making routine adjustments to ensure risks are avoided.

Regular thorough examination should ensure that maintenance is being carried out properly but “is not intended to replace it”, explained Aslam.