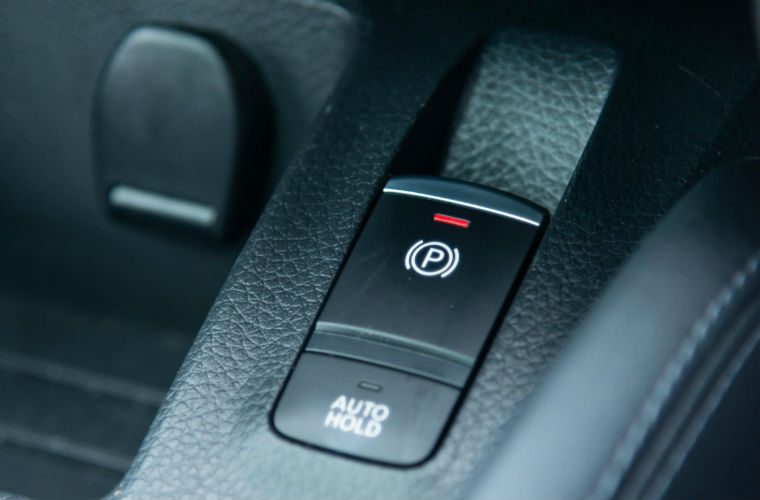 Vehicle manufacturers are ditching the manual handbrake in favour of electronic systems.

Fewer than four in ten new cars are fitted with a manual parking brake, according to new research.

While Dacia and Suzuki are the only two vehicle manufacturers to feature a ‘standard’ handbrake on every model in their ranges, research has found that Audi, Jaguar, Land Rover, Lexus, Mercedes and Porsche no longer offer any models fitted with a traditional manual handbrake.

However, many motorists remain dubious over the electronic park brake following a spate of recalls issued for potentially faulty systems.

Volkswagen issued a recall for 134,000 UK cars last year due to an issue with the parking brake, which affected Golf, Touran, Tiguan and Passat models.

Car-buying website CarGurus, analysed 32 mass-market car manufacturers, and their vehicles currently on sale and found that just 37 per cent of new cars have manual handbrakes.

Speaking about the research, Chris Knapman, editor at CarGurus UK, said: “It’s official, the death of the handbrake is coming as manufacturers switch to electronic parking brakes in huge numbers.

“Death of the handbrake”

“Within the next few years we expect the number of cars on sale with traditional handbrakes to decline further, likely only to be found on a select number of niche models.

“Of course, the benefits can’t be ignored, but as the latest technology trickles through manufacturer line-ups, many new drivers might never experience one of the most familiar of automotive features.

“The temptation to attempt flamboyant handbrake turns is soon to be a thing of the past too.”

The electronic system has allowed manufacturers to free up more room inside the vehicle.

Electronic park brakes use a switch to activate a pair of motors which then engage the rear brakes.

Many electronic systems features a ‘hill hold assist’ function, activating the handbrake when stationary on a gradient.

Do you prefer the traditional handbrake lever or do you favour the electronic parking brake? Share your comments below.