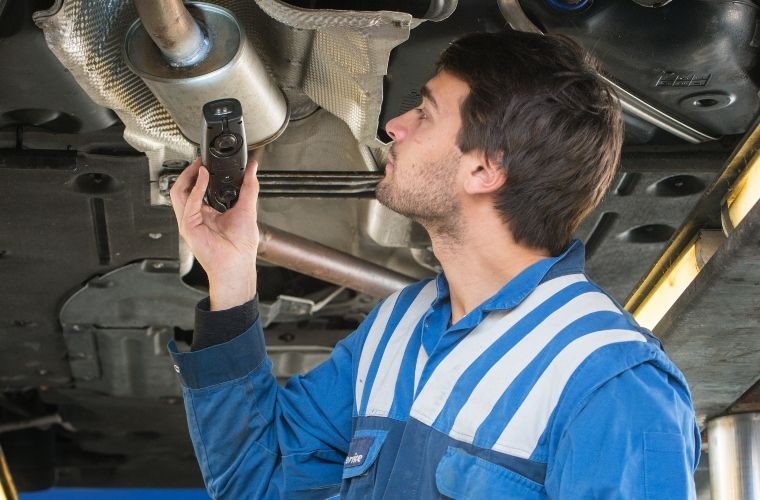 The six-month MOT extension will not be lifted until tests can be “conducted safely” with the “lowest possible risk” to the health of motorists and staff, Transport Secretary Grant Shapps has said.

MOT test suspensions are being reviewed by the government and industry stakeholders but the current extension will not be lifted until it is safe, it’s been revealed.

In a letter to the Independent Garage Association (IGA), the Transport Secretary revealed that the DVSA is continuing to work with testers to develop guidance for a safe return.

He said members of the public and testers needed to feel safe when conducting an MOT exam with social distancing measures likely to be introduced.

The letter said: “My officials are engaged in regular discussions with industry stakeholders, yourself included, to discuss the resumption of testing.

“We need to ensure that an MOT can be conducted safely with the lowest possible risk to people’s health, this includes both MOT staff and those going in for tests.

“The DVSA has published guidance on conducting tests while adhering to social distancing measures, and they continue to work with testers to develop best practice guidance for these circumstances.

As part of lifting the current MOT extensions, Mr Shapps has hinted the government could introduce a policy making provisions for those who may be unable to attend a garage.

Related: What ‘Test and Trace’ means for independent garages

Mr Shapps said a “robust system,” was needed for those who are in isolation so that they were not penalised for not attending.

The letter added: “When testing is reintroduced, it needs to be done when there is sufficient capacity, not only immediately, but also when those vehicles that have been excluded become due for testing.”

The six-month MOT exetension came into effect on 30 March with any cars due a test after this date receiving an automatic extension.

Despite the MOT suspension, the DVSA has made it clear that motorists must ensure their vehicle remains in road legal condition at all times.

Police officers can still fine motorists up to £2,500 for driving a vehicle in a dangerous condition.

With the government now encouraging the public to go back to work and avoid using public transport where possible, the IGA wrote to the Secretary of State for Transport last month urging him to end the six-month MOT extension.

Stuart James, chief executive of the IGA warns “millions of faults” will be left “unrectified” if the full extension went ahead.

The IGA states that 580,000 vehicles will have illegal tyres today, which will rise by another 290,000 by the end of the MOT extension.

Stuart said: “Small defects that would have been found in the MOT test will worsen, not only leading to an increase in the number of dangerous cars on the road, but an increase in future repair costs for vehicle owners too.”

The IGA has launched a COVID-19 compliance certification scheme for garages wishing to demonstrate to their customers that the environment is safe.

The scheme, based on the government’s safe working guidelines to prevent coronavirus transmission, will underpin the IGA’s case to overturn the six-month MOT extension by providing evidence that garages are safe places for consumers to visit.

0 2
Previous ArticleGuide: How to change a DSG clutch on Audi A3 1.6 TDINext ArticleNew scrappage scheme would put aftermarket at “great risk”, IAAF warns