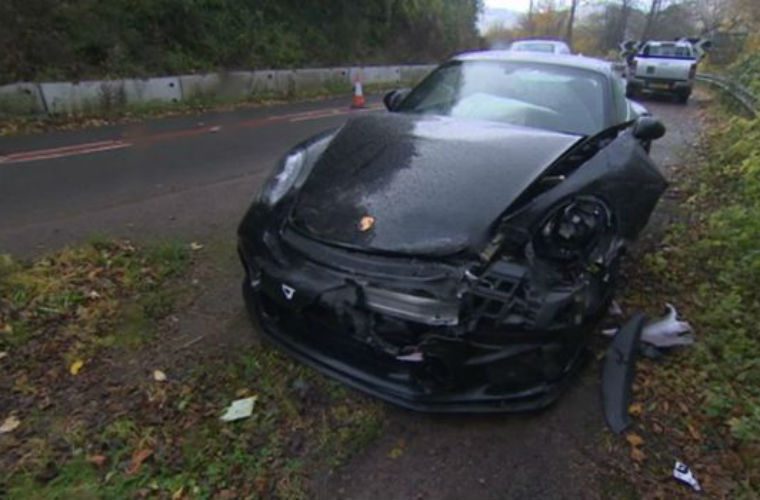 The aftermath of the crash.

Top Gear presenter Chris Harris has been involved in a car crash while working for the show’s magazine.

Harris was driving a black Porsche GT3 Touring on the A466 near Tintern in Monmouthshire when he crashed into a pick-up truck doing a three-point turn.

The Porsche was reported to be embedded in the side of the truck between the front and back wheels.

Nobody was injured in the crash but both vehicles were damaged.

Speaking to The Express, a Top Gear spokesperson said: “We can confirm that Chris Harris was involved in a car accident in Wales earlier today whilst working on a feature for Top Gear magazine.

“Chris, his passenger, and the driver of the other car, were unhurt and Police were called to the scene.”