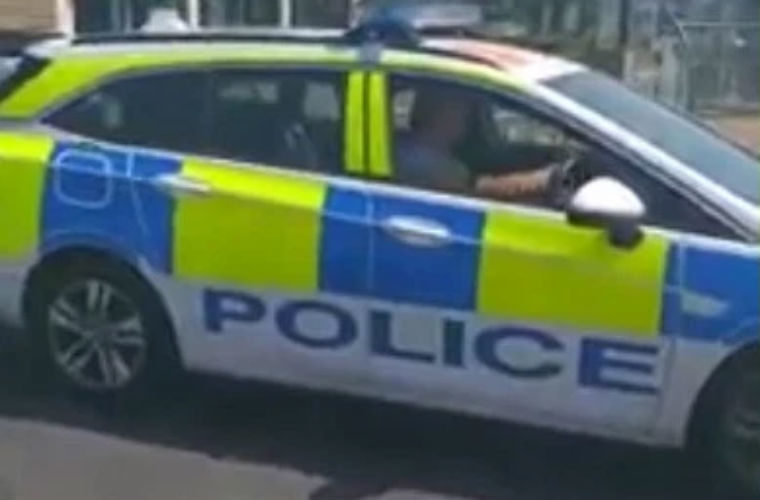 A man who took a police car for a joy ride after officers left the key in the ignition has been given “words of advice”.

Footage shows the daring prankster hopping into a squad car before taking it for a spin.

He can be heard yelling “I’m the new policeman” as he switches on the car’s blue lights.

One onlooker said it was the “funniest thing I’ve ever seen”, Peterborough Telegraph reports.

The two officers who left the vehicle unattended had been scrambled to Peterborough to deal with an emergency but forgot to take the keys with them.

After the incident, they went to grab food and a drink from a nearby shop.

When they came back, they caught the man parking returning the vehicle to its parking spot.

He apologised but was given “words of advice” by the officers.

A Cambridgeshire Police spokeswoman said: “While on duty two officers encountered an incident that required a prompt police response in Hadfield Road, Hampton, on Thursday (July 4).

“The officers left their police vehicle and keys unattended.

“In their absence, a member of the public entered the vehicle and proceeded to drive it round the car park with the sirens and lights on.

“Upon returning to their station, the two officers promptly alerted a supervisor to the incident and admitted their wrongdoing.

“They were given management words of advice.

“It was clear an honest mistake had been made.”