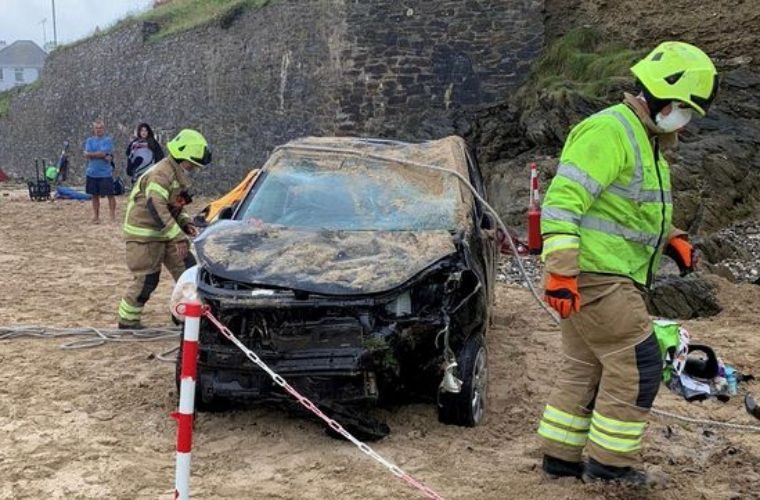 A car plunged onto a beach last week at one of Cornwall’s tourist hotspots.

Despite it landing on a Bech tent, nobody suffered serious injuries.

The driver only suffered minor injuries.

The vehicle left the left the B3276 and fell 20ft onto an empty beach tent beach in Mawgan Porth, near Newquay, shortly before 3.30pm on Thursday, August 6.

A spokesperson for Padstow Coastguard said: “We were requested to assist Newquay Coastguard, alongside South Western Ambulance NHS Service Trust, Cornwall Fire and Rescue Service and Devon and Cornwall Police, with a car that had landed on the beach.

“With no other casualties other than minor injuries on the driver only, Padstow team were then stood down.

“Two team members had already arrived on scene, and remained, assisting the remaining emergency services to right the car back onto its wheels, and remove it from the beach.

“The cause of the vehicle to leave the road is not known, but it was slow enough not to activate the on board airbags.

Devon and Cornwall Police also attended and said that the driver had failed to make a corner on the road near the beach.