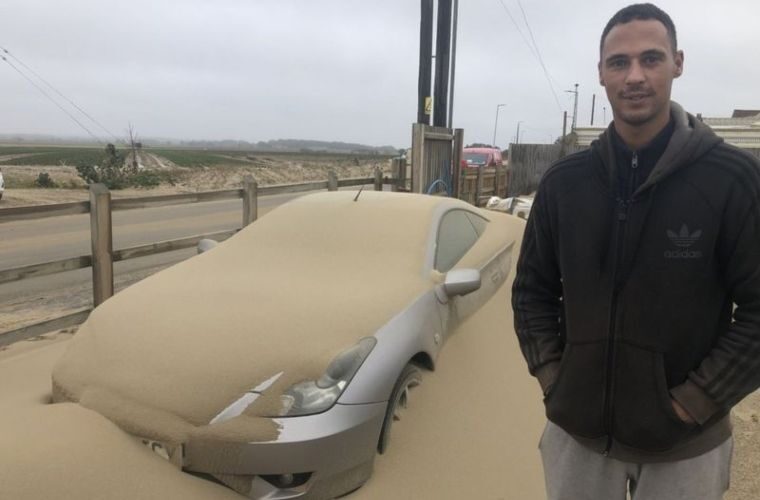 Cars have been left buried in hundreds of tonnes of sand after high winds hit the coast in Walcott, Norfolk.

A clean-up operation is now under way following the storm on Friday and Saturday, the BBC has reported.

Locals living there said they had “never seen it like this before”.

Jay Durrant said he could not believe it when he woke up to “loads of sand” covering the car he had wanted to sell.

“I don’t think anyone will want to buy it now,” he said.

Mr Durrant said it will take a couple of days or a week “to get rid of the sand and mess”.