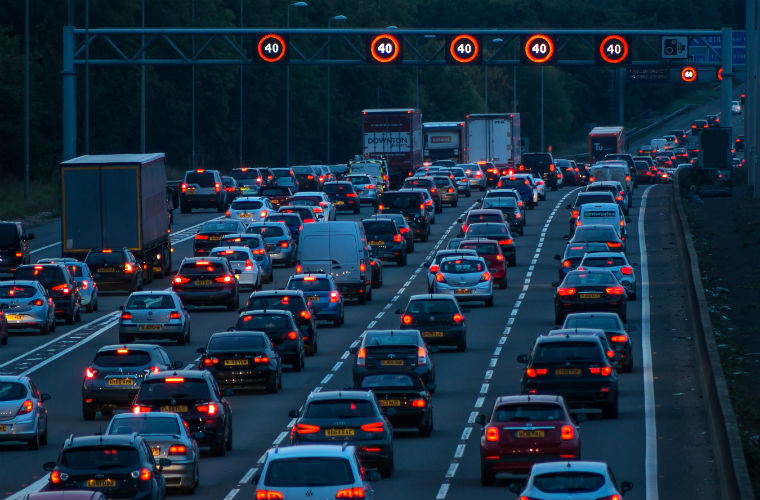 More than two-thirds of drivers in England think removing the hard shoulder, as is happening on the ever-increasing number of the country’s smart motorways, compromises safety for those who breakdown in a live lane.

The RAC Report on Motoring 2019 found a considerable level of concern about the potential impact of breakdowns or accidents on safety and congestion on this new type of motorway.

Among those motorists who say they have driven on an ‘all lane running’ smart motorway, 72 per cent are worried about not being able to reach an emergency SOS area if they breakdown.

The data also revealed 59 per cent think the distance between SOS areas is too great.

Just half of drivers who have driven on an ‘all lane running’ smart motorway say they know what to do if they breakdown and are unable to reach a refuge area.

When those with experience of ‘all lane running’ smart motorways were asked whether most motorists abide by ‘red Xs’, 62 per cent said they felt they did, but almost one-in-five (18 per cent) claimed they did not.

Separate RAC research conducted earlier this year revealed that more than a fifth of drivers have driven in a closed lane.

Highways England is due to begin using enforcement cameras to catch those ignoring ‘red Xs’ imminently.

Trust in Highways England’s ability to detect stationary vehicles in running lanes and respond accordingly is debatable with half of drivers surveyed agreeing with this statement – a fifth disagreed while a 26 per cent did not have an opinion.

A similar percentage of drivers (53 per cent) also agreed they had confidence in the accuracy of electronic variable messaging signs warning of incidents ahead.

RAC head of roads policy Nicholas Lyes said: “We have consistently highlighted our concerns about this type of smart motorway to the Government, MPs and Highways England so we hope these findings add further support to our calls for action.

“This is particularly relevant now as the Secretary of State for Transport has committed to reviewing the safety data from smart motorways.

“We are calling on the government to ensure the latest stopped vehicle detection technology is retrofitted on all sections of smart motorway as a matter of urgency and for more SOS areas to be built so drivers are never more than a mile away from one.

“We would also like to see these measures included in all smart motorway schemes that are currently being built or planned so we have a nationally consistent standard.”