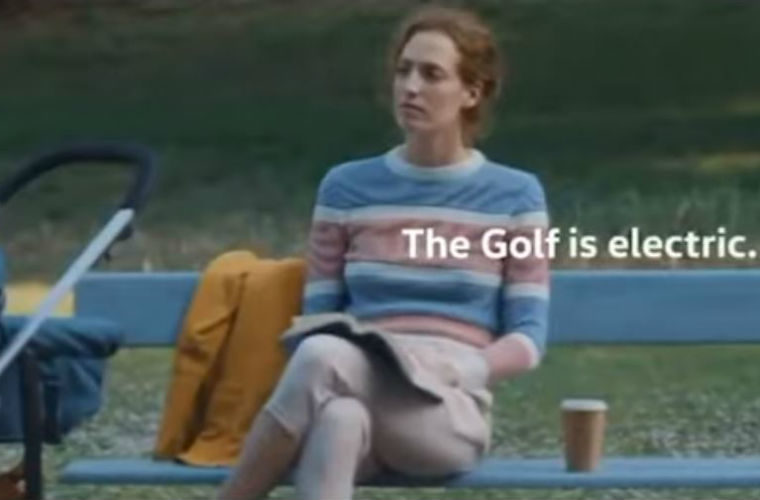 A Volkswagen eGolf TV advert is among the first to be banned under new rules which came into force in June stating that adverts “must not include gender stereotypes that are likely to cause harm, or serious or widespread offence”.

It showed a man in a tent on a sheer cliff face, two male astronauts in a space ship and a male para-athlete doing the long jump, before cutting to the final scene showing a woman sitting on a bench next to a pram.

Complainants said that the ad perpetuated harmful gender stereotypes by showing men engaged in adventurous activities in contrast to a woman in a care-giving role.

Jess Tye, investigations manager at the Advertising Standards Authority, told the BBC that gender stereotypes in advertising could cause “real-world harms”.

“Ads that specifically contrast male and female stereotypes need to be handled with care,” she said.

“It’s about thinking about what the cumulative effect of those gender stereotypes might be.”

Volkswagen UK said that its ad made no suggestion that childcare was solely associated with women, and the fact that the woman in its advertisement was calm and reading could be seen as going against the stereotypical depiction of harassed or anxious parents in advertising.

The Advertising Standards Authority (ASA) said by juxtaposing images of men “in extraordinary environments and carrying out adventurous activities” with women who appeared “passive or engaged in a stereotypical care-giving role”, the ad had suggested that stereotypical male and female roles were exclusively associated with one gender.

The ASA introduced its ban two months ago because it found some portrayals could play a part in “limiting people’s potential”.