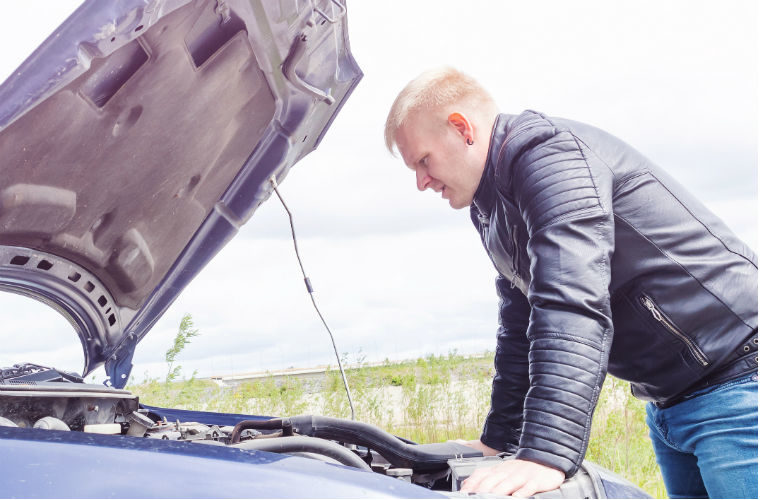 New research has found that 62 per cent of car owners have broken down in their lifetime – that’s nearly 21 million breakdowns, given an estimated 33.6 million people drive in the UK – but the many are completely unprepared.

Motor insurer, NFU Mutual found that just one in five car owners keep a warm blanket or warm clothes handy, putting themselves and their families at risk of hypothermia if breaking down in freezing weather.

While half of the car owners won’t set off on a journey without an umbrella, they are also much more likely to keep chewing gum and mints in their vehicle than safety items such as red reflective warning triangles, high visibility jackets or jump leads.

According to the RAC, wheel changes are the most common cause of breakdown after battery problems.

So it’s alarming to find 36 per cent of drivers don’t have a spare tyre in their car and a 49 per cent don’t know how to change one , rendering them stranded and potentially in danger in the case of a blow-out.

Road traffic accidents, engine management issues with modern computer-led vehicles and puncture, no spare, are also cited by the RAC as the main reasons for breakdowns.

NFU Mutual’s research found nearly three quarters don’t know what to do if their car overheats and only a third know what the arrows on the motorway, which lead towards an SOS phone each mile, mean.

Only half of car owners know what to use a red warning triangle for and only 26 per cent have one.

Aleks Corr, motor insurance specialist at NFU Mutual, said: “It’s great that the majority of drivers have a rescue service in place, with a whopping 78 per cent of UK car owners choosing to have breakdown cover.

“But when you scratch under the surface, drivers are unprepared for the call-out itself, which is a particular risk in the dark, cold weather and even more so if breaking down on isolated and unlit rural roads.”