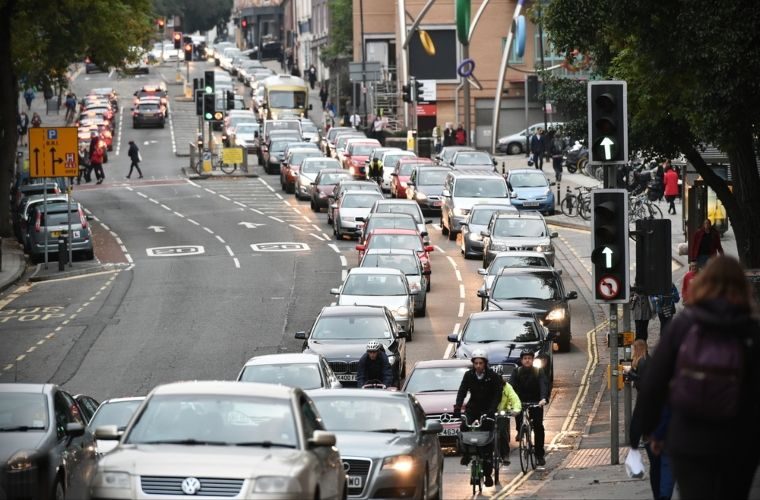 You may have read a recent article in Garage Wire that the current UK car parc is the oldest on record at an average of 8.4 years and nigh on 10 million on plates up to “08”.

OK, we’ve had a tsunami of poop to deal with over the last few years.

A global pandemic that no one could have predicted (OK, quite a few including president Obama in 2014 did actually predict it) has had a disastrous affect not only on the car industry itself but on pretty much everything else accept Amazon and Zoom.

Production of vehicles has been reduced and we as humans have had other things on our mind than replacing “the motor” because I fancied a 20 plate.

On a positive note, according to the Society of Motor Manufacturers and Traders), 29,280 more units were registered during March compared to the same month last year and as we get back to the new normal hopefully that trend will continue.

But, although 2020 is a phenomenon, new car sales have been declining year on year since that 2016 high.

The blame for this in my opinion lies in uncertainty.

I remember the good old days before COVID-19 when all the press talked about 24-7 was Brexit.

First, June 2016 we had the referendum, given by Cameron who was fully expecting a resounding stay vote, but to the shock of many the Out’s pipped it.

Our country and the continent were left ill-prepared for what was to come.

Backwards and forwards it went until we finally came out in January 2020 (perfect timing) but with a shadow of an uncertain future being forewarned.

Somewhere in the middle of all this, Nicola Sturgeon was repeatedly banging the drum about a future where Scotland wouldn’t be being ruled from London – although she seems keen to be ruled by Brussels.

Go back to September 2015, and we had Volkswagen’s dieselgate scandal where a cheat device was found to have been fitted to change the emissions of its diesel vehicles under test conditions.

It turned out that many other manufacturers were doing the same, likely heralding the sea change of thought about diesel cars.

Remember how diesels were thought of the eco-friendly alternative? Well our own government seemingly made a u-turn overnight suggesting that diesel is now actually the environment’s enemy.

Volkswagen replaced its 1.6 petrol injection engine with a better performing 1.4 tsi, for instance.

Around the same time many of the world governments decided to get tough on fossil fuel vehicles.

The UK initially set the point at which the sale of new petrol and diesels will cease as 2040, before bringing it forward to 2035 and more recently to 2030.

I wrote a few years back of my concerns about infrastructure; can the grid handle it, where will the charging stations be, can I run a cable down the outside of my block of flats and where can I buy a 338-meter charging lead?

In May The House of Commons Public Accounts Committee (PAC) said more thought needs to be put into the price of new electric cars, their availability on the used market, the accessibility of public charging.

The Department for Transport has not estimated how many public chargers the UK will need to keep up with the rollout of electric vehicles, according to the PAC.

And although the EV market has grown exponentially – data from the SMMT shows 13.6 per cent of new cars sold in the past four months had an electric plug – it is still a small percentage of all cars sold in the UK and does not even scratch the shortfall of diesels.

The conversations I’ve had with my customers seems to have a common theme.

Unless there is a necessity for change, they are hanging on to their current car.

Many want to buy electric but the issues I mentioned are what’s stopping them from making the switch right now.

So, BREXIT is done and dusted, we’re learning to live with COVID-19 and hopefully Boris or his successor (be the red or blue, I’m not seeing yellow or green) will come up with a successful plan for electrification and the new car market will boom once again.

Interestingly though, our car parc here is still one of the youngest in Europe with only Luxembourg and Poland below us.