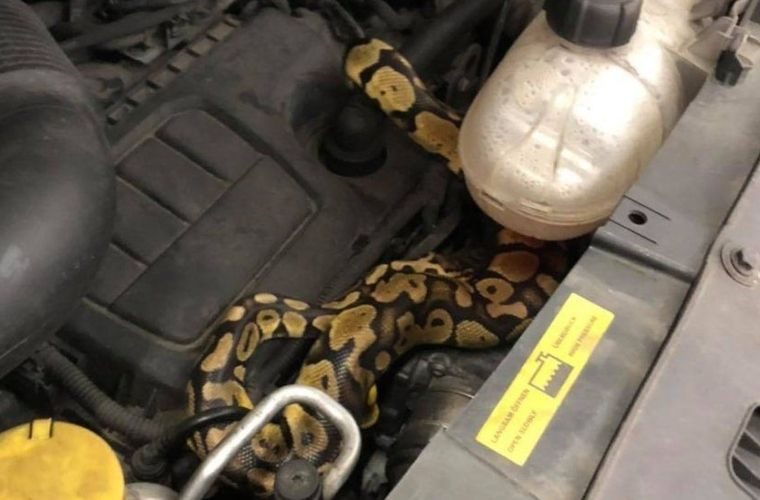 An MOT tester who discovered a python under the bonnet of a van during a test says he “nearly had a heart attack”.

The 1m-long snake, which had been missing for two weeks, belonged to the vehicle’s owners, who were “relieved” their pet had been found.

Mike Newell, co-owner of CSN Autos in Wymondham, Norfolk, said: “It’s not the thing you expect to happen when you come into work on a Monday.

“One of the guys lifted the bonnet and said ‘there’s a snake’,” Mr Newell said.

“I think he nearly had a heart attack. It was laid on top of the engine.”

After contacting the vehicle’s owners, the garage realised it was their pet Sunfire Royal Ball Python which had been missing since it escaped its vivarium and got out through a window.

He added: “The snake had been with them on journeys to Yarmouth and back without them knowing.

The garage owner said despite the dramatic start to the MOT the vehicle did pass and the owners were “relieved” to be reunited with their pet.