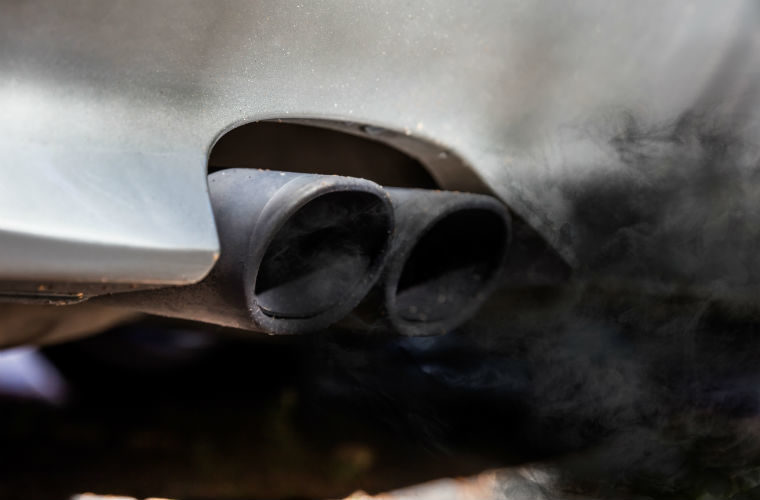 Most people do not consider the existence of their Diesel Particulate Filter until a warning light appears on the dashboard.

Often they soon become aware of the cost of cleaning or replacing that DPF.

What they are usually unaware of is that same DPF has already cost them hundreds of pounds in additional fuel costs by the time that warning light has appeared.

The Massachusetts Institute of Technology, a leader in automotive research, has shown that the regeneration process uses up to 5 per cent more fuel.

An increase in backpressure can cost up to two per cent in fuel economy and for every 3-4 kpa in back pressure an engine can lose one per cent power.

At BG Products we have looked at how we can impact both regeneration frequency and duration and its impact on MPG.

To validate this research we tested the treatments with fleets.

These fleets use Crafters, Transits and Astra and similar car derived vans.

Before we look at the results lets look at the simple but effective service intervention that was implemented.

BG found the two key areas of an engine that were critical to DPF longevity were fuel injectors and piston rings.

Soot is a by product of poor combustion. Combusted fuel releases soot.

Some soot will enter into the DPF, some will be washed into the oil, some will be recirculated via air intake, some attaches to the inside of the combustion chamber and in particular, to the fuel injector.

When deposits on the fine spray nozzles of the modern fuel injector it impedes atomisation of the fuel.

This interference in the critical spray pattern means that the combustion is compromised, leading to more soot.

This increase in soot leads to additional challenges for the DPF.

Now it has more soot to deal with which means that it needs to regenerate more often, using more fuel to regenerate.

The second area to look at is piston rings.

Over time, as oil circulates, tiny deposits get behind the piston rings into the ring seats.

These deposits are not removed in a standard oil change and as such solidify over time, leading to the restriction of the rings ability to centre and flex and so interfere with the seal created by the rings.

This causes lost compression and allows crankcase gases to leak into the cylinder.

These vapours carry oil and when this is combusted leads to metallic ash deposits on the DPF. Ash reduces the efficiency and longevity DPF.

Add the fact that the additional soot will also further inhibit the injectors and that the increase in back pressure is also sapping fuel you can see how the DPF costs £100’s in fuel, way before a warning light appears.

In our research we have serviced vehicles by using fuel injector and combustion chamber cleaners to the fuel tank and an advanced flush to clean behind the piston rings to restore ring function.

In one case, a vehicle was treated by BG EPR to restore ring function. 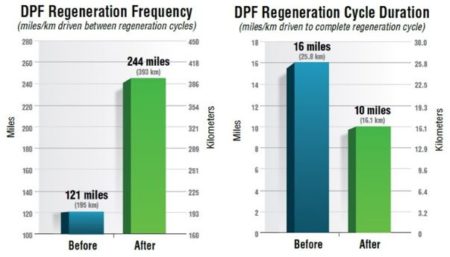 In live fleet examples, using the injector and the piston ring cleaning service, the following was achieved.

A County Council fleet of maintenance vans obtained an nine per cent improvement in MPG as well as an 90 per cent reduction in DPF problems.

In a separate trial with a Metropolitan council they improved MPG on two Crafters by an average of 11 per cent.

London Hire, who rent out minibuses to a number of London Borough’s reduced DPF issues by 94 per cent.

Ordinarily we expect an increase in MPG of around four to five per cent because of improved combustion so the additional MPG gain is assumed to be the impact of reduced DPF regeneration plus the more frequent relief of backpressure.

The message for garage owners is that your customers don’t want expensive bills down the line, even less so if that expense bill is avoidable.

The irony here is that avoiding that expensive bill actually saves money on fuel too, so it’s self financing.

For further information about BG Products, click ‘more details’ below.