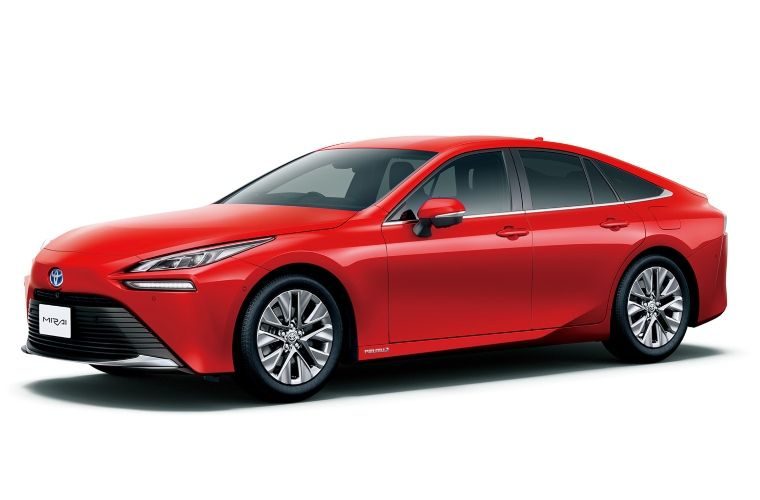 The first-generation Mirai was launched in 2014.

FCEVs run on hydrogen and are the ultimate eco-car as they offer long cruise ranges (up to 502km for the Mirai) and short refuelling time with zero emissions.

Mirai is the Japanese word for future.

Toyota began fuel cell development in Japan in the early 1990s and has developed a series of fuel cell vehicles, subjecting them to more than 1,600,000 km of road testing.

To achieve light and clean steering, a suitable vehicle posture when cornering and a high-quality, comfortable ride, a new suspension system is being used.

It also has high stiffness at the front and rear to counter lateral acceleration in corners.

Driving performance is both responsive and stable.

The vehicle is equipped with new KYB shock absorbers at the front and rear to deliver excellent steering response and a higher level of ride comfort and sophistication with immediate response to initial movement.

Despite the high cost of hydrogen vehicles, Toyota had sales of over 10,000 of the original Mirai and they aim to increase that to 30,000 for the new model. Toyota has reduced the cost of the fuel cell system by 95%, compared to its predecessor, by making its components smaller, lighter, more efficient and cheaper to produce in volume.

Jordan Day, KYB Europe Marketing Manager comments “with the EU having a target for 30 million zero emission cars by 2030 and climate neutrality by 2050, KYB is committed to working with vehicle manufacturers to provide world class suspension for their green vehicle developments”.