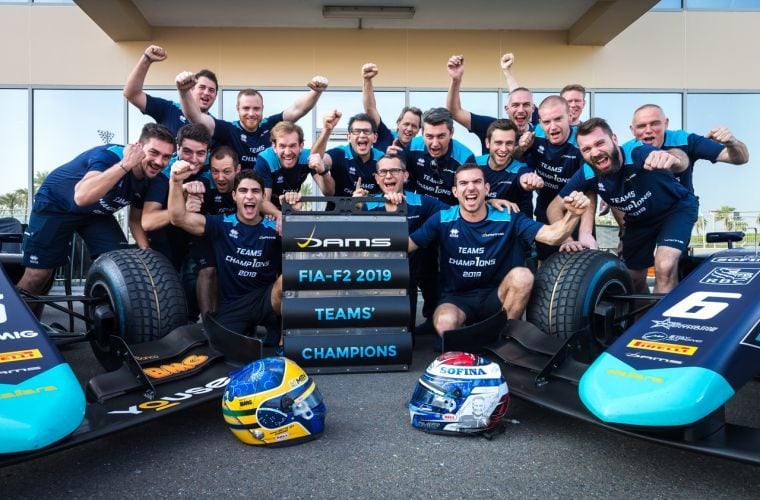 Lucas Oil has congratulated the DAMS Racing team for securing the Formula 2 Team Championship on the final weekend of the season, in Abu Dhabi.

As one of the team’s sponsors, Lucas Oil’s brake cleaner and products from the Slick Mist product range have been ever-present in the pits this season.

Sergio Sette Camara took the final feature race win of the season from pole position under the floodlights in Abu Dhabi to seal the title.

The French squad dedicated the win to founder Jean-Paul Driot, who died earlier in the season.

Niot to be outdone, Nicholas Latifi led a double podium finish for the Le Mans-based outfit in the sprint race.

It was a last outing for the team by the runner-up in this year’s Driver’s Championship.

He will join the Williams Formula 1 team next season.

“It’s been a great ride for Lucas Oil, this season and to have an involvement with the win is great for our brand.

“It’s pleasing to see Nicholas Latifi earning such a reward from the team’s win,” said Dan Morgan, director of sales and operations.

To find out more about Lucas Oil, click the ‘more details’ link.