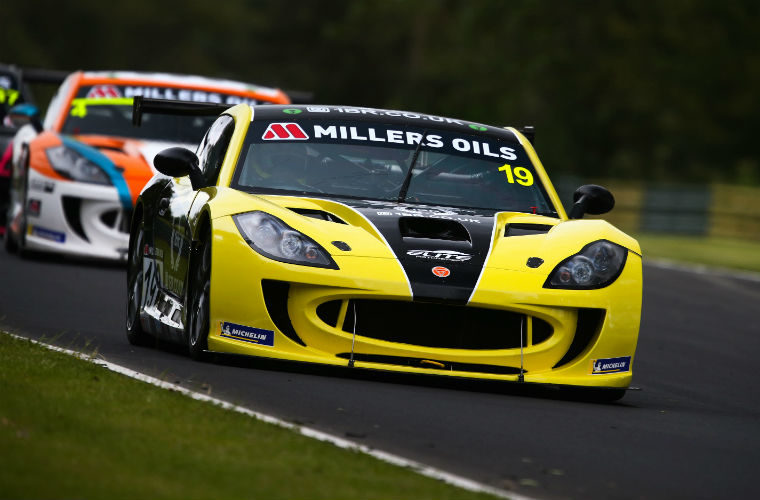 Millers Oils has renewed its partnership with Ginetta for the second year running.

The 2019 season marked Millers Oils’ first year as Ginetta’s technical partner, and what a season it was with a range of talented drivers putting on a show for trackside crowds as well as ITV4 television audiences.

Highly regarded as a stepping stone to professional motorsport, the event first started in 2008 and has grown in stature over the past decade, with a multitude of drivers rising through its ranks as they progressed up the motorsport ladder.

“Being part of such a thriving event has been a fantastic opportunity for us, and we’re excited to build on this throughout the 2020 race season.

“We wish all those taking part the best of luck and look forward to sharing more insight as the technical partner.”

Ashley Gallagher, Ginetta Motorsport manager: “It’s been a brilliant season of racing in the Millers Oils Ginetta GT4 SuperCup, enhancing its status as an exciting and competitive series in the UK.

“Our championships have thrived this year and put on a show for the BTCC crowds and television audiences.

“With our focus on fair competition in equal machinery, we’ve enjoyed characteristically close, competitive Ginetta racing through the year.”

For further information about Milers Oils, select ‘more details’ below.