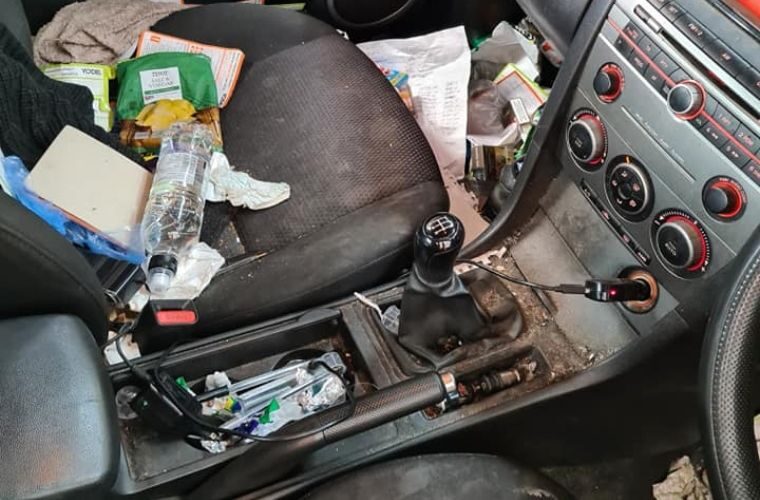 Some cars in the UK can be 16 times more germ-ridden than the seat of a toilet, a new study has found.

John Ward, professor of synthetic biology for bioprocessing at University College of London, with help from his students, examined the same areas of eleven cars to determine the level of bacteria.

Cup holders were found to be the worst areas for bacteria build-up, with all of the cars testing registering bacteria in these areas.

This was followed by dashboard buttons, seat belt catches and the steering wheel itself.

The door handles and gearstick were also areas which registered high levels of bacteria.

Related: Study shows which parts of a car’s interior is most riddled with germs

A variety of different bacteria were found, from staphylococcus epidermidis – a type of skin bacteria which can be harmful to people with compromised immune systems if ingested – to prevotella, a type of bacteria which originates from people’s mouths and guts and can cause illness.

In total, up to 800 individual bacterial types were found in the car interiors.

Ward said: “Studies have found that on the average toilet seat there are 50 bacteria per square inch.

A separate survey of 2,000 UK motorists by used car dealer, Carzoo found that car owners only fully clean their car on average once every 11 weeks.

Almost one in five say they only ever clean their car if someone else is getting into it.

And 20 per cent of all drivers say they won’t bother to mop up a drink if they spill it in their car.

Earlier this year, garages were warned that dirty car interiors could help the spread of COVID-19.

How often you come across filthy interiors and what do you do to protect yourself – particularly during the current pandemic! Share your comments and experiences below.