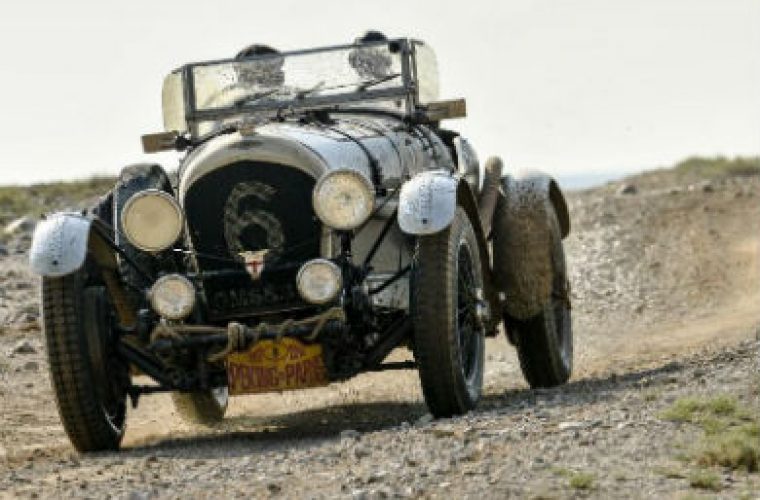 The 1924 Bentley Super Sports suffered rear wheel bearing failure but ended up finishing the rally thanks to a determined mechanic.

It took two flights and a seven-hour drive through the desert for Bentley specialist William Medcalf to help a customer who had contacted him about a failed wheel bearing on a 1924 Bentley Super Sports.

The vehicle owner, Bill Cleyndert, was taking part in the Peking to Paris motor rally when he broke down and had no option but to contact William who had prepared the car for the 8,500-mile drive.

After sourcing the £87 wheel bearing, William made his way out to Mongolia from West Sussex.

On arrival the old bearing was replaced within minute, allowing the owner to continue on in his adventure.

Mr Medcalf said: “Bill suffered a rear wheel bearing failure on day two, which left the car immobile with a seized rear wheel and only had one shot to get across the China Mongolia border.

“If he didn’t get across with the other 100 cars he would be able to get a cross at all.

“There is 2km of no man’s land, so ingeniously the car was towed across at walking pace, with the rear wheel supported on a trolley jack into Mongolia.

“Driving in Mongolia is like nowhere else in the world.

“You have people driving at a closing speed of 100mph in the pitch dark, with full beam on and you’re trying to drive safely.

“Then the road suddenly ends and you are in the desert and you have to find the road again, always driving within your headlights. Forty miles per hour is about as fast as you can go and it’s quite an experience.

“We got to within 130km of the camp, which wasn’t really a campsite at all, just a place in the desert and we were crawling around boulders at 5mph following the longitude N 45.17293 and latitude E. 108.43776 with no clear way of getting there.”

The car finished the rally in 21st place overall and fourth in their class, winning the European Cup on their way through.

Have you gone to extraordinary lengths for a customer? Has your job taken you around the world? Share your story with GW by contacting [email protected] or leave your experiences in the comments below.