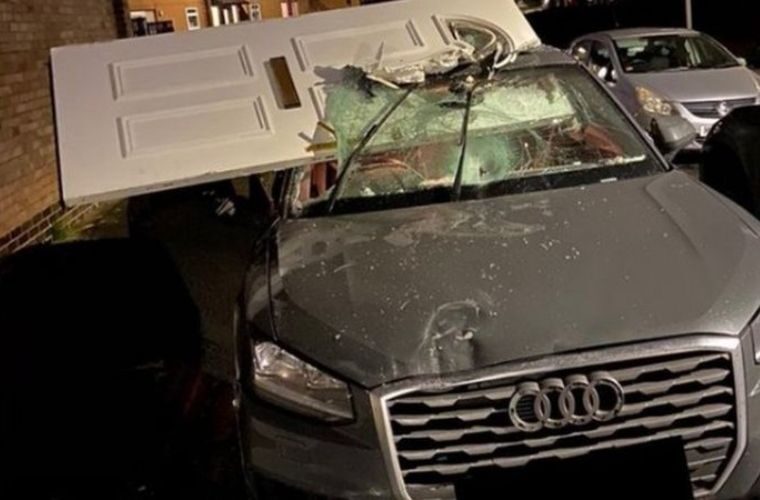 A young driver who crashed into a car and then a house has been arrested after attempting to carry on driving despite a front door being lodged into the vehicle.

The motorist was taken to hospital with head injuries after the crash in Dewsbury, West Yorkshire on Friday night.

The driver is not thought to have been seriously hurt.

A West Yorkshire Police spokesperson said: “Driver collided with a vehicle, then the front porch of a house – before then continuing to drive for several metres with front door attached to car.

Related: Driver crashes into signpost after spotting spider inside car