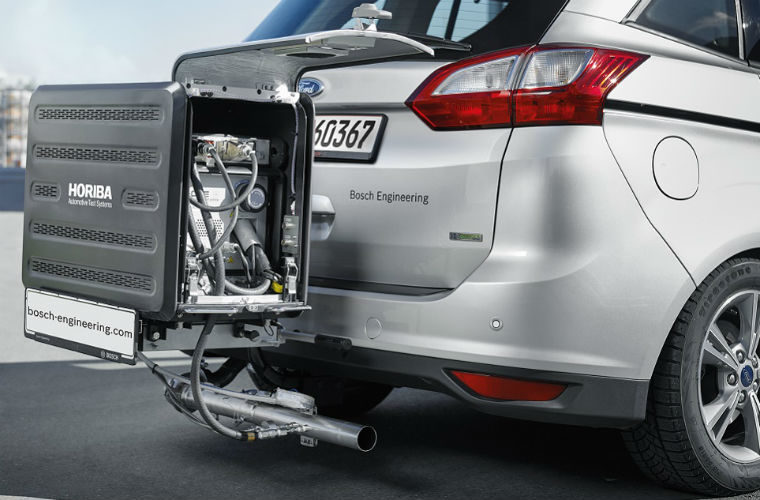 Announcing its technological breakthrough, Bosch says it can make diesel about as clean as a petrol engine.

A Bosch spokesperson said: “It means diesel is therefore still an affordable alternative for urban traffic and in the future will be an ecologically sound one too.”

“Thanks to new test procedures and engineering ingenuity from Bosch, a decisive technological breakthrough has now been achieved with regard to improving air quality.”

Bosch engineers have succeeded in achieving average NOx emissions of 13 mg/km during drives on roads with urban, rural, and freeway elements.

With the current state-of-the-art exhaust technologies from Bosch, vehicles are capable of emitting only very little NOx while still preserving the diesel engine’s renowned efficiency.

Bosch has also found a solution in which the starting temperature barely has an effect on emissions anymore.

By establishing a smart link between the engine and exhaust-gas treatment system, the exhaust system stays warm enough and can do its job reliably, even in city driving.

An external engineering company analysed the emissions data collected at the Neckartor in Stuttgart.

After applying a variety of computational models, it concluded that if diesel vehicles equipped with the latest technologies replaced the current diesel fleet, diesel engines would only be responsible for a negligible portion of the relevant ambient air contaminants.

The well-to-wheel carbon footprint of the combustion engine and electric drive are not as far apart as is generally assumed, according to Bosch.

The spokesperson added: “One advantage of this approach would be that non-fossil fuels, like paraffinic fuels, can be taken into consideration too.

“These fuels are made from animal and vegetable waste.

“Already today, they can be used as an additive of up to 30 per cent volume in blended fuels and could reduce the carbon footprint by up to 25 per cent.

“As a result, when considered well-to-wheel, the carbon footprint of a modern diesel vehicle would be almost halved with such fuels – from the current 110 g/km to 60 g/km.

“Based on the mix of energy sources currently used in Germany for electric power generation, a compact electric car likewise has a carbon footprint of 80 g/km – and when considered in terms of the European mix, the footprint is still 40 g/km.”

To achieve a more environmentally friendly future Bosch says more renewable power is needed for the electric drive and more reduced-carbon fuels are required for the combustion engine.

“With synthetic fuels there is even the prospect of running the combustion engine with a net zero carbon footprint,” the spokesperson added.

For further information about Bosch, select ‘more details’ below.