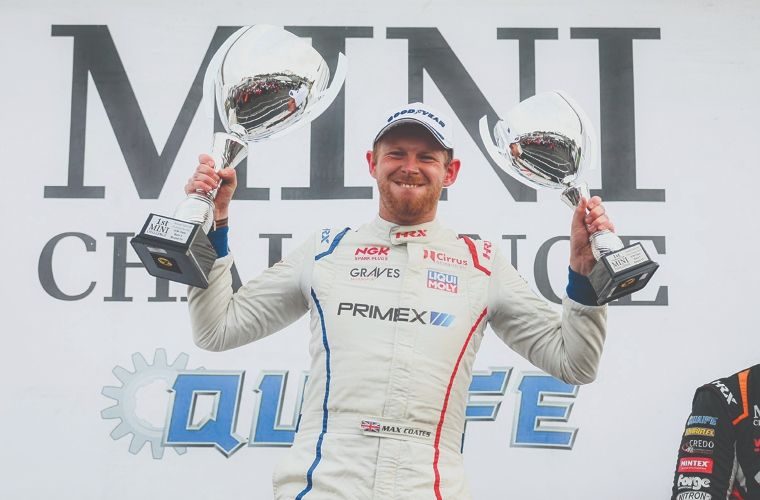 NGK-sponsored Max Coates is looking forward to next season’s MINI CHALLENGE after a winning the final race of this season’s championship at Brands Hatch GP circuit.

The victory landed Coates fifth place in the 2021 MINI CHALLENGE UK Championship as well as the Graduate championship for drivers in their second year of competing in the series.

He said: “What a race to finish the year, that was so tough with cars in front and behind. It’s great to reward the efforts of the Graves Motorsport team with this race win and also pay thanks to my sponsors who help me to continue my with my racing career.

“It’s a clear statement of intent for what we can achieve next season which I am really looking forward to.”

Coates has already confirmed that he will continue in the MINI CHALLENGE UK next season with the same Graves Motorsport team.

The championship will again support the British Touring Car Championship (BTCC) at seven events in 2022 in which the team will use the season to build into their intended debut season of the BTCC in 2023.

Mark Hallam, Marketing Manager, NGK Spark Plugs (UK) Ltd, said: “It was a great way for Max to finish the season and I’m sure he will be working hard over the winter months in preparation for next year’s MINI CHALLENGE when he will be looking to do even better.”