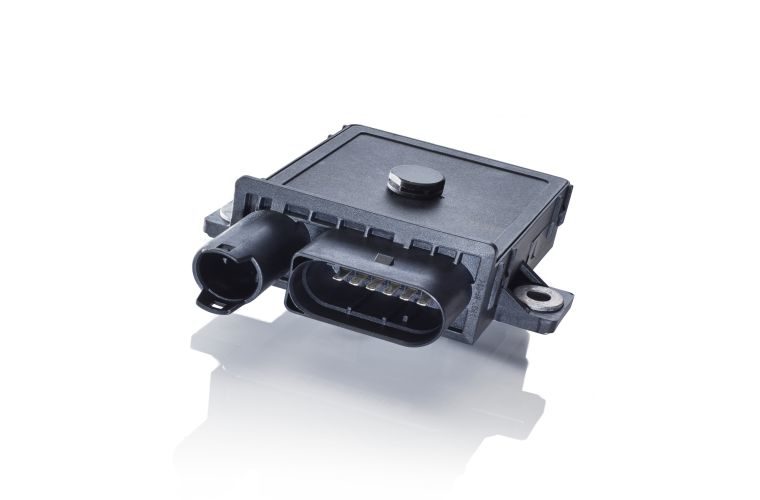 Tenneco is raising awareness with Champion, the ignition specialist of DRiV, to highlight the importance of glow plug control units, which – according to the two companies – should be considered for replacement every 60,000 miles.

Failure to meet these conditions can result in increased exhaust emissions, which is particularly bad news in the face of the stricter MOT regulations introduced in May 2018.

Failure of the glow plug module provides similar symptoms as defective glow plugs – including an engine misfire, poor performance and low fuel efficiency – and can ultimately lead to non-starting.

“Sluggish cold weather starting with visibly increased tailpipe emissions is often assumed to be old glow plugs that are past their best, or even a couple of weeping diesel injectors.

“The control unit has an incredibly complex job and if it’s not working efficiently, can also lead to premature wear of the glow plugs themselves.”

Goslin explains that the most recent glow plug control units use a microprocessor to analyse different inputs received from the engine and regulate glow plug operation.

This can include information such as when to provide current, how much and for how long, depending on different engine parameters.

This is more complicated than it may seem, as current requirements differ during pre-heating to warm the engine, stand-by time during which the engine should be started and also post-heating as a means of providing enhanced control over cold start emissions.

Imperfect alignment of conditions and performance can potentially result in poor starting and uneven running.

Signs that you may have a defective glow plug or control unit include white exhaust smoke caused by diesel leakage into the exhaust, starting difficulty and reduced engine power immediately post-start caused by inefficient combustion.

While it’s clear that glow plugs and their control unit share failure symptoms, according to Goslin there are tests you can do to establish unit health.

“It is easiest to check glow plug operation before moving on to the control unit,” he explains.

“If the light doesn’t illuminate, the glow plug is ready for replacement.

“Alternatively, there are professional glow plug testing devices available, which make the process even simpler.

“We recommend that glow plug units should be replaced every 60,000 miles in most cases.

“By doing so, you’re proactively reducing the risk of being left stranded during a winter’s cold snap,” concludes Goslin.

“However, if you’re trouble-shooting, then measure the battery voltage to the glow plug unit. It should be 12-volt, so a drop of over half a volt usually means that it’s time for a replacement unit.”

When it comes to fitting new components, Goslin is a staunch supporter of OE-quality components, stating that the fitment of reduced quality parts can potentially jeopardize engine performance and reliability.

For example, the use of components constructed of sub-optimal materials can cause glow plug swell which can lead to later difficulties replacing the worn part, or the tip snapping off into the cylinder head and causing considerable damage.

Full details of the complete range of Champion ignition components and handy hints can be found by following the ‘more details’ link.