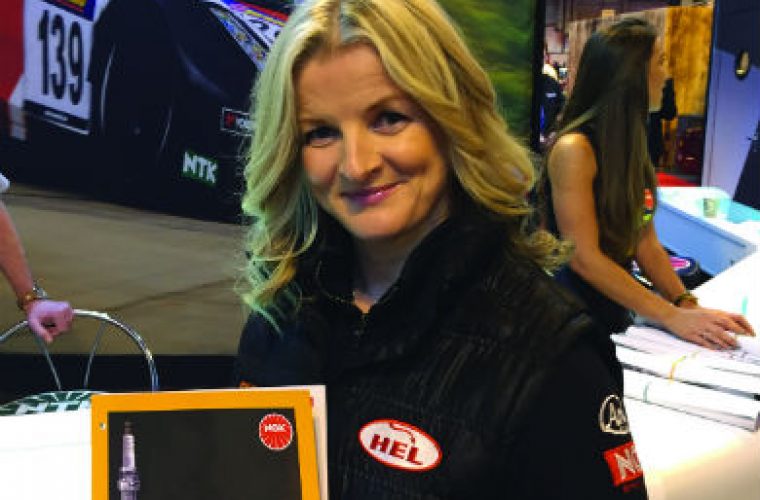 Costello said: “I’ve been involved with NGK for a number of years and the relationship has grown closer over that time so I was delighted to be asked to appear on the cover.

“NGK products are excellent and I’ve always had great support from the company.”

Costello is currently finalising her plans for the 2016 racing season.

Last year she competed in events that included the Barry Sheene Festival of Speed at the Sydney Motorsports Park, Australia, where she took part in the parade with Grand Prix legend Freddie Spencer and finished in eighth place overall and fourth in her class on the Rob Francis VFR400.

She also competed in the Isle of Man TT Races where she took her Pizza Race Bike Kawasaki ER6 Supertwin to a strong 17th place in its race category, and was part of the Classic BMW Team, at the Goodwood Revival, riding a Ferdinand Kazcor custom built 1966/67 two-cylinder boxer BMW race bike in the Barry Sheene Memorial race.

Mark Hallam, marketing manager of NGK, said: “NGK has a long and successful pedigree in motorcycling, both on the road and on the track, and we are very pleased to be associated with Maria’s campaign to get more women involved in the two-wheel scene.”

To find out more about NGK, click ‘more details’ below.