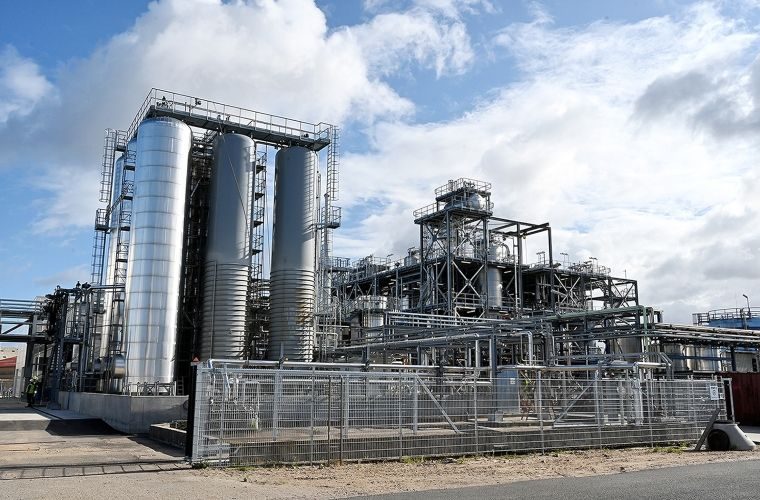 The used lubricating oil, which is collected primarily from vehicle repair workshops, has been turned into a high-quality base oil at its new re-refinery in Denmark, redirecting it from being processed into an industrial fuel for burning.

The resulting base oil is ready for re-use in the production of new finished lubricants with the process emitting up to 30 per cent less CO2 than new base oil produced from crude.

The intention is for lubricants to be returned to the site in a continuous cycle for reprocessing.

Stourport-on-Severn-based Slicker, which employs 250, co-invested in the re-refinery through an international joint venture with AVISTA Oil.

One of only a few in Europe and the most advanced to date, the AVISTA Green 100,000 tonne per annum re-refinery became operational in early August following 18 months of construction and testing.

It is situated at the industrial port of Kalundborg around 70 miles west of Copenhagen.

Slicker Recycling is the UK’s largest collector and processor of waste oil and has ambitions to help the waste oil sector dramatically reduce its environmental impact.

Laura Carter, Slicker’s commercial director, said: “While there is major development in renewable technologies worldwide, there is still a need for oil, and therefore a need for its safe disposal and reuse.

“We see our investment as making a significant contribution to a reduction in the environmental impact of this resource and to supporting the concept of a circular economy.”

The company has been on a growth path over the past 10 years with its latest acquisition being RE:Group (UK) Ltd in Hull, which has further extended its reach, processing and storage capabilities and port access.

Providing numerous waste collection and recycling services, from one-off oil collections to fully integrated waste management, Slicker has a large network of depots around the UK and looks after diverse industry sectors.

A large proportion of its waste oil is turned into processed fuel oil suitable for industrial heating applications, but the investment in the AVISTA Green re-refinery aims to divert a high proportion of this waste to becoming a new base oil.

Ms Carter added: “We are aiming to lead the UK in our sector through achieving environmentally sustainable waste management through re-use, recycling, and zero waste to landfill.”