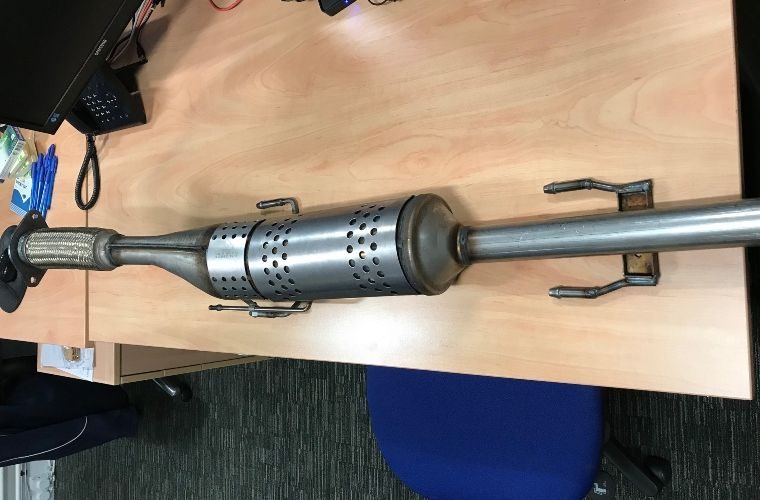 A North Wales emissions parts manufacturer has been prosecuted by the Driver and Vehicle Standards Agency (DVSA) for supplying a replacement Diesel Particulate Filter which failed to comply with the requirements of the Regulations governing the supply of such parts.

The case against Cats and Pipes Ltd, which took place at Mold Magistrates court and concluded on Tuesday 16 March, resulted in a criminal conviction for the company and a £6,000 fine.

The company was also ordered to pay costs totalling £4,000 and a statutory surcharge of £170.

Investigators in DVSA’s Market Surveillance Unit led on the case.

They check vehicles and components to make sure they comply with environmental and safety regulations.

The investigation focussed on aftermarket diesel particulate filters being supplied for Euro 5 emissions vehicles without the correct type approval markings for this specification.

“Manufacturers and distributors must ensure their products meet the necessary standards and are correctly marked and approved for the vehicles or engine types they are intended for. Companies flouting the standards will face prosecution.

“This prosecution also acts as an important lesson for garages and others that fit parts to ask questions of distributors to make sure parts are legal.”

In a statement, Cats and Pipes Ltd said: “Cats & Pipes has categorically not been prosecuted by the DVSA for supplying DPF’s which failed to meet legal required environmental requirements.

“The unit in question failed to meet labelling standards, missing an engraved part number, however the unit itself was compliant.

“The DVSA originally entered four similar charges, dropping three of those charges prior to the Judge’s deliberation.”

Cats and Pipes managing director, David Carpenter added: “As a Company we have and always will take compliance and quality assurance extremely seriously.

“We were therefore disappointed when it came to light over two years ago that one of our products had left the production facility contrary to our quality procedures, without an indelibly marked part number.

“As the unit met all other environmental standards we expected an external audit by the DVSA of the Quality Assurance to ensure compliance and no further action.

“However, the DVSA considered it preferable to proceed with a Court Case bringing four charges, three of which were dropped on the day of the trial and prior to the Judge’s deliberations.

“The DVSA were also supplied with evidence of the fact that the Company had already identified this issue and that steps had been put in place to ensure this oversight in process would not be repeated.”