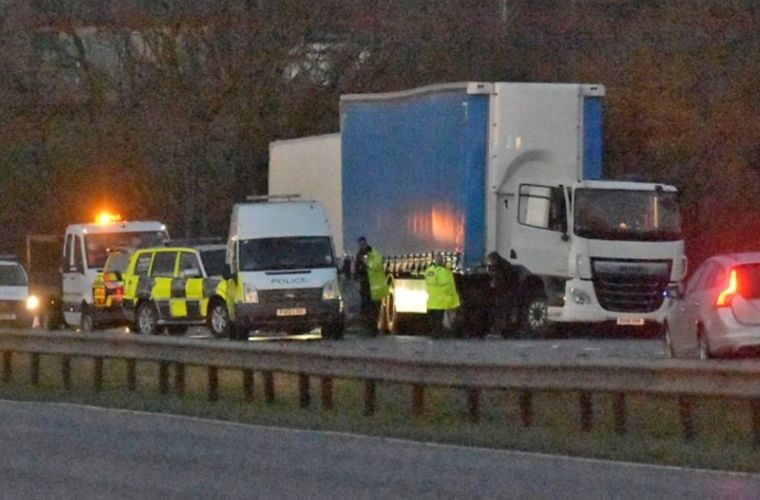 A lorry crashed into a marked police car that was dealing with a broken down HGV on the A1 in Lincolnshire on Wednesday morning, according to a report by the Lincolnite.

A second HGV then crashed into the police car, causing the road near Colsterworth to be closed in both directions for several hours.

Two officers suffered injuries which are not thought to be life-threatening and remain in hospital for further assessment.

The driver of the second HGV, which collided with the police car, suffered minor injuries and was taken to hospital.

The driver of the other HGV was uninjured.

Lincolnshire Police assistant chief constable Kerrin Wilson said: “This was a particularly difficult incident which involved two of our officers performing their duties in keeping the public of Lincolnshire safe.

“Our officers put their lives at risk everyday – not just when confronting dangerous people.

“I’d like to wish both officers a speedy recovery and to give thanks to all services and staff involved for their professionalism in dealing with the incident.”