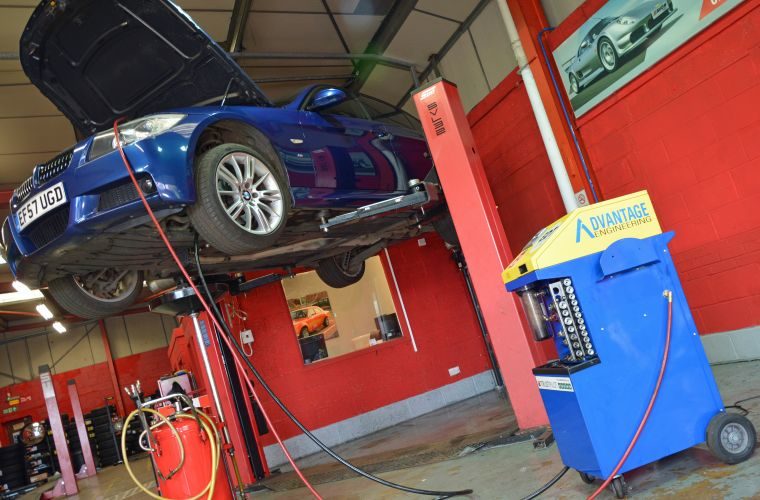 Garage owner Tim Hartley admitted to some initial scepticism, but after being an EDT garage partner for just over 18 months he reports that the treatment is proving popular with customers thanks to the positive impact it has on fuel economy, CO2 emissions, engine performance and driveability.

“We’ve done just over 300 cleans, and feedback has been really good.”

The EDT machine connects to the engine via the oil filter housing and sump.

A mineral-based oil is circulated around the engine and takes just 15 minutes to remove carbon build-up and metallic particles, achieving results which are said to be close to a manual engine strip down.

Tim continued: “I remember a particular customer with a Mercedes E-Class who drove off and came straight back.

“I was worried because I thought, ‘What’s gone wrong?’ but actually he just wanted to shake my hand because he couldn’t believe the difference.”

With nearly 200 five-star reviews on Trust Pilot and having decontaminated more than 100,000 engines in the UK, EDT Automotive’s engine decontamination machine has established itself as a reliable revenue booster for garage owners.

With no capital outlay required, EDT’s ‘pay as you go’ concept is an attractive proposition to garage owners and, as Tim explains, customer feedback suggests it’s a credible addition for any garage.

For further information and to arrange a demo in your workshop, follow the ‘more details’ link.