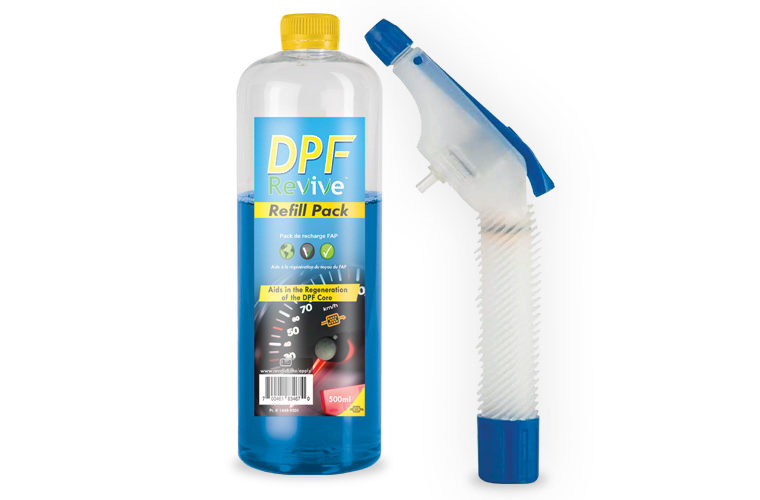 Revive is this week highlighting the benefits of its DPF kit which it says aids the rengeneration process and prevents possible clogging.

The Revive DPF kit is designed to aid the regeneration process of the DPF filter, prevent possible clogging and potential expensive cleaning or replacements.

“These soot particles would normally burn off at between 550 and 600°C during a DPF self-regeneration.

“The high tech nanoparticles in DPF Revive adhere to the soot deposits in the DPF causing a lowering of their burn off temperature, by up to 150°C.

“This can facilitate the vehicle starting auto-regeneration, and a burn off of the soot particles within the DPF in the normal way.”

Vehicle manufacturers have a variety of parameters the ECU should see before the vehicle will auto-regenerate, these can include the level of fuel, engine temperature, and vehicle speed, it is therefore recommended the vehicle be taken for a suitable test drive following the application of DPF Revive.

This is especially the case for city and rural driving vehicles, as they may not have exceeded the parameters for auto-regeneration, hence the build up of soot.

Used in conjunction the Revive turbo cleaner, which provides a thorough clean of the engine and turbo deposits, followed by DPF Revive to assist the DPF to auto-regenerate; a single test drive may alleviate many of the problems faced by modern diesel engines.

For further information about Revive, select ‘more details’ below.