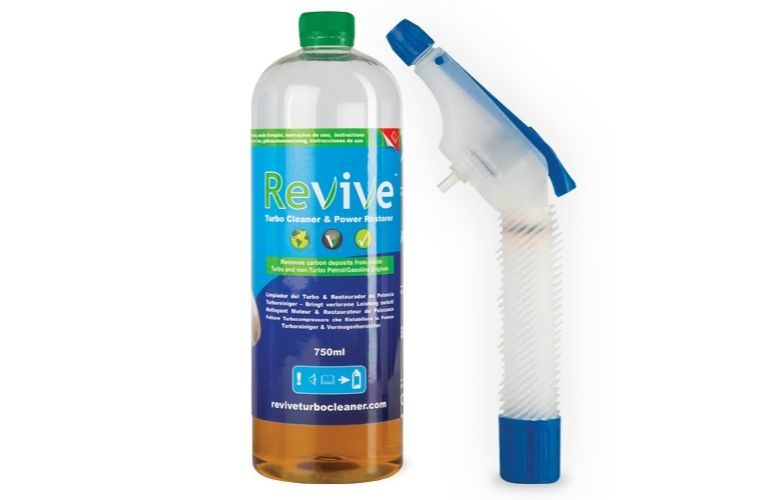 Revive is this week highlighting the benefits of its turbo cleaner for petrol engines.

A Revive spokesperson said: “Revive treatments on Petrol/Gasoline engines can minimise soot and carbon deposits which accumulate on the back of the inlet valves on gasoline direct injection (GDI) engines, these deposits can build up because there is no ‘fuel backwash’ on the valves, as the fuel is directly injected into the cylinder.

“If untreated, these deposits will restrict the flow of air, causing the engine to run rich and lumpy and a significant drop in power and fuel economy will occur.

“Using Revive can also increase torque due to improved compressor efficiency, if fitted with a turbocharger.”

The engine treatment is applied by spraying the fluid into the inlet system pre-turbo.

Revie says there’s no need to remove or dismantle the turbo, just unclip the inlet trunking.

Cleaning the turbo and other engine internals can help to restore fuel economy, regains lost power and reduces exhaust emissions.

All Revive fluid is biodegradable, non toxic, safe to use and non flammable.

Cleaning the turbo and other engine internals helps restore fuel economy, regains lost power and reduces exhaust emissions, helping your engine, and the environment, to breathe.

For further information about Revive, select ‘more details’ below.