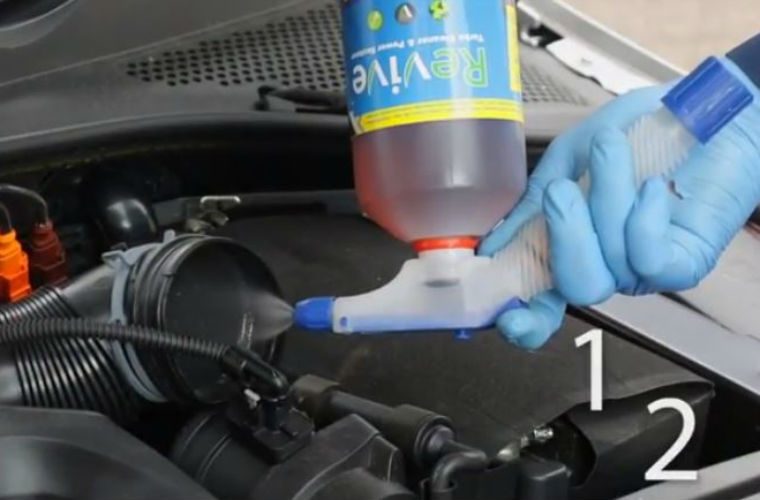 Originally designed for aircraft engines, Revive is an engine and turbo cleaning solution.

Revive, the engine and turbo cleaning brand, has been looking at DPF (diesel particulate filter) operation and how their turbo and engine cleaner affects its regeneration, after customers told the company that DPF issues had been solved in turn with turbo-related complaints.

Revive was never designed to clean DPFs, so the business was intrigued and explored the matter further.

The company used a 2009 Skoda Octavia VRS CRD with no issues that had covered nearly 140,000 miles, had always been serviced regularly and driven 12 miles a day on average.

Using Revive’s sister company’s (SP Diagnostics) tool, they proceeded to perform soot loading checks on a daily basis to get an understanding of how much soot was being added to the DPF and at what point the natural regeneration of the DPF occurs.

After finding the standard soot loading limit before going into regeneration, the brand performed a Revive clean on the engine and turbo.

After using Revive, the soot loadings had increased buy a further 6 grams, illustrating the Revive product will still clean even a healthy engine.

The car was taken for test drive for the final part of the treatment (and so the DPF would go into regen) and diagnostics were put back on the car to check the soot levels again.

To Revive’s surprise, they noticed that the residual loadings after regeneration were lower than they have ever been on previous tests.

Although Revive had not cleaned the DPF, the process of removing carbon from the engine and turbo had allowed the regeneration to be more efficient as the ECU could complete its strategy better with the dirt removed.

Revive has maintained that while the DPF was not cleaned, by making sure an engine is clean and functioning properly by using Revive at service intervals, DPF problems will be kept to a minimum, as ,most of the time, such issues are brought on by engine and turbo soot preventing the ECU from regenerating the DPF fully.

You can find out more about Revive and its engine and turbo cleaning solutions by clicking ‘more details’ below.