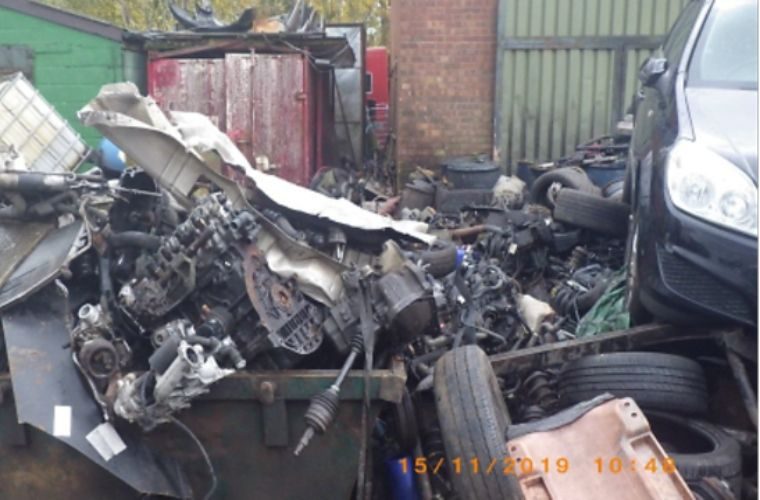 The owner of an independent garage in Norfolk has been told to clear waste kept illegally on his site within five months or face a potential jail sentence.

The Environment Agency this week took Colin Barnes, of CT Barnes Autos in Scarning, to court over mechanical waste stored on the garage premises.

Between November 14, 2019 and January 30, 2021, 64-year-old Barnes operated an illegal waste storage operation alongside the auto business.

In doing so, he gathered and illegally stored a large amount of scrap material at the site, including end of life vehicles, tyres, car parts, gearboxes and suspension units.

The court heard how several of the vehicles kept on site contained fuel, brake and clutch fluid, batteries and tyres, which posed a significant risk of fire or explosion.

On May 12 Barnes pleaded guilty to operating a waste operation without an environmental permit at Norwich Magistrates’ Court, after missing several opportunities to remedy the situation without the need for court action.

Sarah Dunne, prosecuting for the Environment Agency, said he had been given every opportunity to clear the waste and had been granted extensions on his deadlines four times as a result of the Covid-19 pandemic.

After his guilty plea, the case was adjourned for sentencing in November 2021.

Magistrates warned Barnes that if he failed to clear the waste within the next five months he would risk a prison sentence.

“The magistrates’ stance sends a powerful message to those prepared to operate an illegal waste business.”