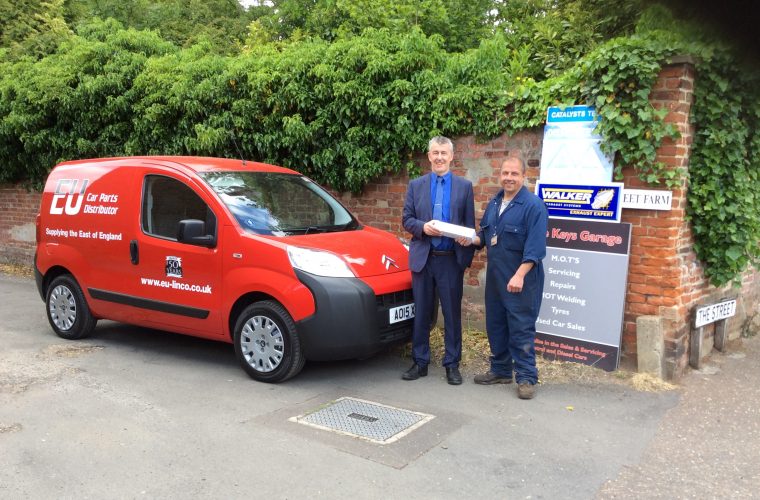 Mr Steve Rope is handed his prize from week one of the Golden Spanner Promotion.

Tenneco’s Golden Spanner Promotion, which runs from June through to August 21, has seen its first winners drawn earlier this month.

Mr Rope was delighted to be presented with his prize by Mr Kevin Allen, Managing Director of EU Linco on Tuesday 9th June.

The promotion will feature a draw every Friday for 12 weeks with prizes of an Apple Watch, iPad Mini & an iPod Nano being awarded each week.

In the first week of the competition, Kevin Devine of Strabane Exhaust Centre a customer of Motoglass Car Parts Northern Ireland and Mr Bob Muir of Meadowbank Garage Kirkcaldy a customer of Dingbro Ltd won an iPad Mini and iPod Nano.

Click ‘More Details’ below to find out more and for your chance to win.