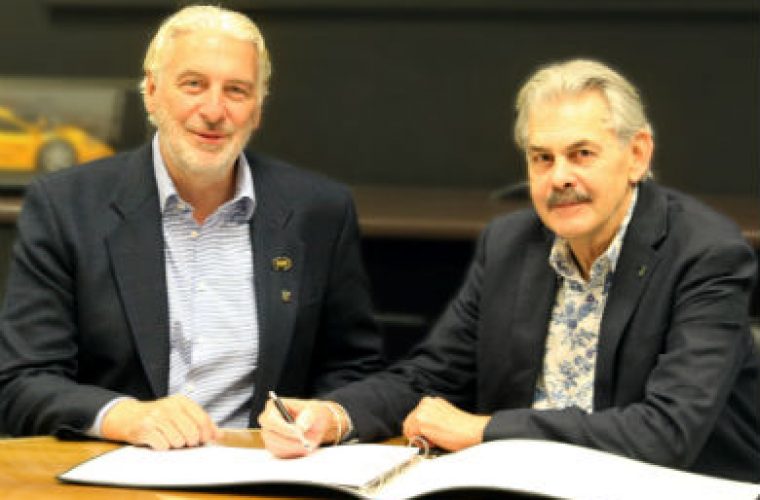 With over a year of development already completed, the new sports car been is being developed in collaboration with Gordon Murray Design and Cosworth.

Les Edgar, Chairman of TVR said: “From the outset we only wanted to work with the best partners in the business, and both Gordon Murray’s and Cosworth’s track records within motor sport and high performance car design and engineering speaks for themselves.”

Full specifications and images are to be released later this year, but a press release has indicated that the new TVR will continue the tradition of a classic British two-seat sports car with a composite ground effect aero chassis and body package.

Powered by a dry-sumped, V8 engine, developed and engineered by Cosworth, the car will be front engined with rear wheel drive and a manual transmission.

UK production will begin in 2017 and pricing is thought to be consistent with TVR’s positioning in the past.

Gordon Murray, Chairman of Gordon Murray Design said: “TVR is an iconic brand which has been an important part of British sports car manufacturing for many decades.

“Its return to manufacturing is an exciting development and the car deserves the best chassis and powertrain that can possibly be delivered.”