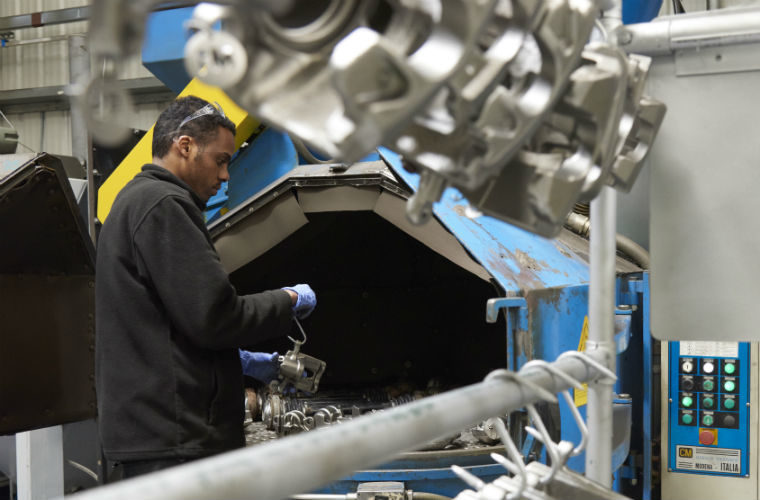 More than a quarter of independent garages say they are unaware of the differences between reconditioned and remanufactured parts and experts fear that many more may misguided by a common misconception.

Research findings, published in GW Views following a GW reader survey, suggest that 27 per cent don’t fully understand the difference between a reconditioned and remanufactured part.

Niels Klarenbeek, director remanufacturing at ReMaTeC, told GW Views: “There is still lots of work to do to promote awareness and acceptance of remanufactured parts and components.

“However we do see that the reman movement is progressing.

“As consumers are increasingly confronted with reman products as a reliable cost effective alternative in other markets they will be more open to automotive reman parts.”

The GW survey also found that 71 per cent believe they regularly fit reconditioned parts and 87 per cent fit remanufactured parts.

However, reman experts suggest the true definition of a remanufactured part is not widely known.

Tony Bhogal, managing director at Autoelectro – a rotating electric remanufacturer – said: “Many people interchange the words remanufacture and recondition, this needs to be addressed since remanufacturing is a much more complex and thorough process.

What is a reman part?

The Automotive Parts Remanufacturing Association (APRA) states that a remanufactured automotive part is the functional equivalent of a new part and is virtually indistinguishable from a new part.

For all practical purposes, remanufacturing automotive parts is very much like assembling new parts except that many of the components are taken from used parts, especially the housing.

In remanufacturing, the part must be completely disassembled, cleaned and examined for wear and breakage.

Worn out, missing or non-functioning components are replaced with new or rebuilt components.

After all work is done, the part is reassembled and tested for compliance with performance specifications.

Conversely, the perception of the wider market – and the end consumer – is that a ‘reconditioned’ part could simply be a cleaned up, repainted part which has been injected back into the supply chain.

A Shaftec spokesperson told GW Views: “We believe the misconception runs throughout the industry – not lying solely with the mechanics.

“We need to clearly identify the thorough processes which a remanufactured safety critical part – such as a brake caliper or a steering rack goes through.

Shaftec believed to be the first UK remanufacturer of CV joints and driveshafts.

Initially, the business dealt with small numbers of niche parts which garages couldn’t source from anywhere else, providing an invaluable ‘reconditioning’ service in the Midlands area.

Fast forward to today and with the benefit of time and experience, Shaftec says it no longer believes that the term ‘reconditioning’ is fit for purpose.

The Shaftec spokesperson added: “It doesn’t reflect the sophistication of the process, the core control, reengineering or testing involved, or the growth of what today is a multimillion pound global business.

“A business which provides a bonafide alternative to the manufacture of brand new safety critical components of OE quality: more efficiently, and with less waste, use of energy and raw materials thereby benefiting the environment.

“At Shaftec, we are extremely careful about what can and can’t be accepted back for remanufacturing.

“Each product has a list of stringent criteria which our customers must abide by to ensure they get their surcharge returned.”

Remanufacturing an engine or component back to a specific OEM standard is a complex process that requires significant investment in skills and equipment, as well as technical expertise and rigorous inspection procedures.

Remanufactured Ivor Searle engines are built to exceed the BS AU257:2002 code of practice, a crucial standard which sets out the difference between a high-quality remanufactured engine and an inferior reconditioned unit.

The standard details how engines and components should be inspected and checked against OEM tolerances and also dictates that key components, including piston assemblies, big and small end bearings, as well as bushes, gaskets, seals, timing chains and drive belts are completely renewed.

Commenting on the difference between its reman engines and reconditioned engines, an Ivor Searle spokesperson said: “Reconditioning is an entirely subjective process that offers little or no reassurance to the customer in terms of longevity, warranty protection or performance to OE specification.

“A reconditioned engine is a unit that has been stripped or disassembled and cleaned – and may have had some damaged components replaced.

“Typically costing up to 40 per cent less than their OE equivalents, remanufactured products offer garages a competitive edge.”

All Ivor Searle engines, cylinder heads and gearboxes are covered by a transferable 12-month unlimited mileage parts and labour warranty, while a two-year warranty covers all turbochargers.

All products are also supplied with pre-installation guidelines for the workshop and model-specific instructions where required.

The survey findings also found that 87 per cent would pay more for an OE quality, fully tested remanufactured part, over a cheaper imported new unit.

“On the flip side though, whilst customers make great noises over being happy to pay for quality they often want the cheapest.

Goswin de Rouw of Arnott Europe said: “It surprises me that many garages still fit questionable or even reconditioned products when there are professionally remanufactured parts available.

“In a nutshell, we sandblast the unit, open the shock absorber, replace all wear and tear parts, replace the oil and rebuild the unit completely.

“In this process we try to improve the part on weaknesses, there where possible of course.”

Were you aware of the differences between reman and recon parts? Share your comments below.