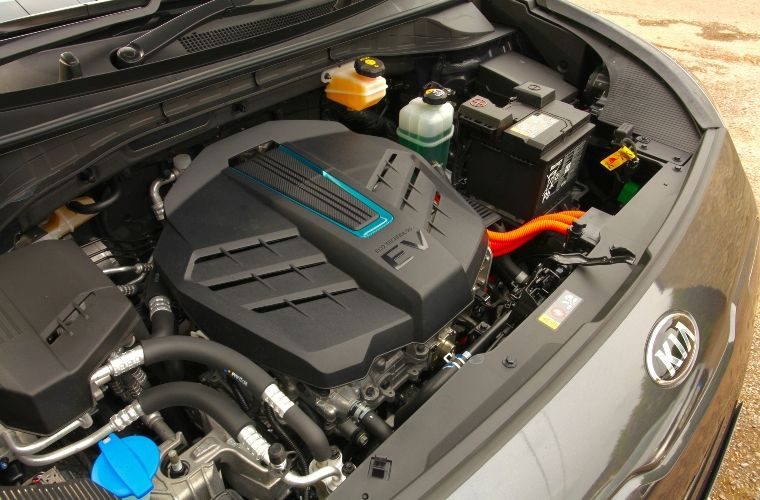 Back in 2019 I wrote a piece for Garage Wire where I cast a small shadow over the electric revolution, so one pandemic later I thought I’d assemble my thoughts once again on where the next ten years will take us.

In the late 1800’s those clever Germans patented the internal combustion engine that although has developed vastly, is the basic principle that has driven us for over 100 years.

But dwindling fossil fuel and climate change has forced us to look elsewhere.

Quite a while ago came the hybrid (HEV’s), originally developed at the beginning of the 19th century but not “mass” produced until Toyota’s Prius in the late nineties.

These were joined by PHEV’s (plug in hybrids) which offered longer range than HEV’s in electric mode, but neither had any real impact on the petrol and diesel vehicles we use, because the were expensive, range limited and with a very poor infrastructure in the case of PHEV’s.

And so the search for utopia of low energy low emission vehicles continued with two different camps.

FCEV (Fuel cell vehicles), basically hydrogen have been around for some time.

There is an abundance of hydrogen, making up over three quarters of the elements in our universe and the emissions are water so clean that you could drink it (please don’t try this at home).

Toyota and Hyundai have thrown their weight into FCEV’s (in conjunction with BMW and Audi respectively), but although clean in it’s use, the technology to farm it in the first place is expensive and requires fossil fuels.

Also, fear that your driving round with a hydrogen bomb, “you can’t take it through the Eurotunnel for safety reasons” and the infrastructure being poor with only 13 UK filling stations currently have stemmed it’s growth.

Most recently, the last three years has seen a distinct shift towards BEV’s (battery electric vehicles) with countries governments and vehicle manufacturers (in the main forced by legislation) both getting behind this technology.

In 2018 proposals to end sales of petrol and diesel cars in the UK were announced, but then last year Grant Shapps revised that to 2035.

Reports of a 2030 ban come after sales of electric and hybrid cars overtook diesel models between April and June 2020, with 33,000 new EVs registered, versus 29,900 diesel cars.

In a depressed, apocalyptic world the electric car market is growing quickly, with more than 164,100 pure-electric cars on UK roads BEV’s sales grew by 2,206 units (54.4 per cent) to take 6.9 per cent of the market, and the number of available models almost doubled.

The Department of Transport along with the Office for Zero Emission Vehicles has just launched a consultation into EV charging points, outlining plans to make charging points easier to locate and charge easier to pay for in the UK.

This is great news, however, a recent WhatCar report has highlighted that the low cost of running an EV (under £6 to charge your I.d at home) could be significantly higher should you wish (or have to) use public fast charging points, ranging between £10 and £40 for a refill.

And don’t forget that something will need to replace the fuel tax our government currently rakes in.

On the manufacturer side, Ford have just announced they will only sell electric cars from 2030, joining a host of other manufacturers who have committed to ending their production of vehicles with internal combustion engines.

Volvo, in 2019, made its first all-electric vehicle launch and Jaguar pledged to become an electric only brand by 2025 being just two more examples of manufacturers commitment.

These are “complementing” -not replacing the current offerings of E-Golf and E-Up (not specific for the northern market).

They are fully committed to the green revolution, possibly because they were somewhat responsible (got caught) for the demise of the old guard when #dieselgate hit the news.

VW Motorsport pulled out of petrol racing, and confirmed that it is focusing its motorsport strategy on electric mobility further proof of their commitment.

With 2030 being just nine years away, world governments and VM’s still have a whole load of challenges ahead, but if the last three years are a yardstick, then we’re well on the way.

Home Page › Forums › Opinion: We’re well on our way to an electric future