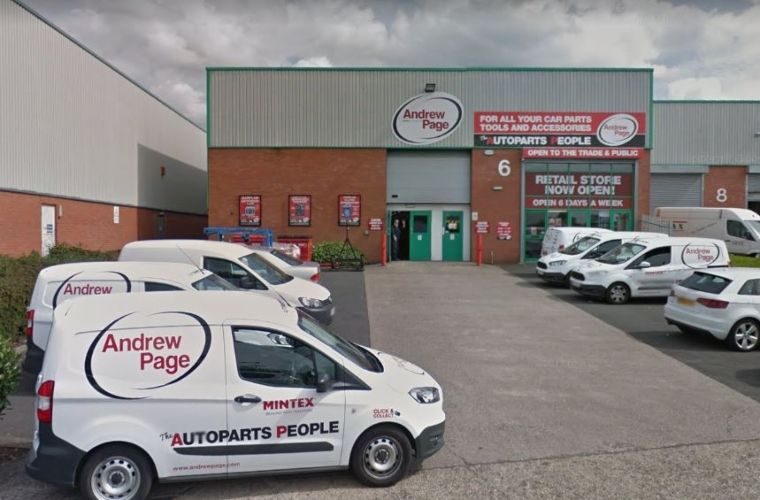 All branches will move under the new LKQ Euro Car Parts banner as part of a phased roll-out, and all employees will now gain access to the same information and systems.

Across Europe, the LKQ Group is investing in a wider programme of integration, including the transition to unified purchasing, which will increase its buying power and ability to collaborate with suppliers on innovation.

“We are stronger, more competitive”

“Together, as LKQ Euro Car Parts in the UK and as part of the wider LKQ Group in Europe, we are stronger, more competitive and better able to offer a market-leading customer experience.

“At a time when the aftermarket faces some significant and transformational challenges, we are going to be better-equipped than ever before to help prepare it for the future.”

Andy Hamilton added: “It’s been four years since Andrew Page joined the Euro Car Parts family and we’re proud of the role we played in safeguarding hundreds of years of collective expertise in the aftermarket.

“From the beginning, we had a clear rationale to bring some of the industry’s best people together and give them an unrivalled scale and cutting-edge enterprise solutions tools that make their jobs easier.

“Following these changes, we will continue to have an unrivalled nationwide branch network, and will be in a stronger position than ever to drive the business forward.”

It has also been revealed that a further 27 Andrew Page branches that currently operate in close proximity to others are to be closed.

A spokesperson for LKQ Euro Car Parts said: “Our branch merger programme started last year, and it has already achieved some very strong results, driving improved customer service in the new, strengthened branches and where possible, the redeployment of colleagues to create stronger, combined teams.

“We have identified a further tranche of 27 Andrew Page branches that currently operate in close proximity to others.

“Most of these branches were temporarily closed as part of the measures we put in place during the coronavirus lockdown, and now we are not planning to reopen them.

“We have reached out and consulted with colleagues who are impacted by these mergers directly.

“As such, it would be inappropriate to comment publicly about these branches right now.

“We’ll be providing guidance and support to any colleagues affected by these changes.”

There are no current plans to change the LKQ Coatings and Arleigh International brands.