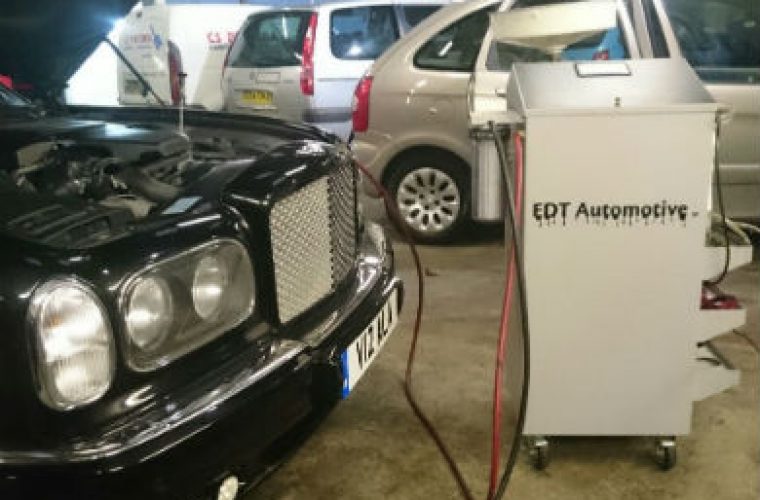 More and more independent garages are offering EDT treatment on a wide range of vehicles.

There are now around 30 independent garages registered to offer EDT engine decontamination treatment and Jon Tatnall, Sales Director at EDT Automotive, told GW that he expects the current enquiry rate to surpass the companies original goal of over 100 machines in the UK by early 2016.

Andrew White, owner of Independent Jaguar specialist, AWJ Automotive, is one of the independent garages registered to carry out the treatment and said that he was “a little sceptical” at first but soon discovered the benefits for him and his customers.

He said: “We have carried out the treatment on varying vehicles from 2.0D X-Types, 2.7D S-Types, Daimler Super V8(X350) and even a Chevrolet Corvette and we have had nothing but positive feedback from all customer.”

He said: “I offer this to everyone and most have it done immediately, adding additional revenue to the job with little effort.

“We were recently given a Audi A8 with a warning light nobody could cure, the car was continuously going into limp mode.

“After diagnosis and driving the car I felt it had lost power so I suggested an EDT treatment, this has resolved the problem nobody else could fix.”

The EDT machine cleans petrol or diesel engines with an environmentally friendly solution, taking just 15 minutes to remove up to half a litre of thick black sludge.

Click ‘More Details’ below to find out how to save your customers money with EDT.