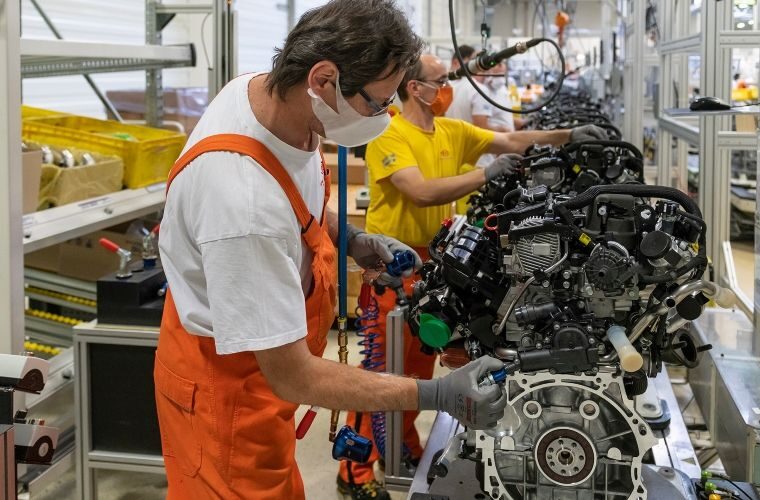 Kia Motors Europe has completed a range of upgrades to its European vehicle and engine production plant in Žilina, Slovakia as part of plans to gear up the facility to produce its new ‘Smartstream’ internal combustion and hybrid powertrains.

These new four-cylinder petrol engines will underpin the company’s hybridisation and emissions reduction strategies in Europe.

Both new engines are designed to integrate with Kia’s ‘EcoDynamics+’ 48V mild-hybrid system.

In addition, the ‘Gamma’ 1.6-litre T-GDi is designed to integrate with hybrid powertrain technologies as the brand explores a wider range of powertrain options for the future.

“This investment in advanced powertrain production unlocks our ability to bring electrification to a wider customer base.”

“Our new engines allow for even greater efficiency and a quicker transition into the ‘electrified era’ thanks to their ease of integration with hybrid systems.”

Producing 160 ps, the new ‘Kappa’ engine is not only 14 per cent more powerful than its 140 ps predecessor; it also produces 4.5 per cent more torque (253 Nm), and is up to seven per cent more efficient.

The new ‘Gamma’ engine is a development of Kia’s existing 1.6-litre T-GDi engine.

This adopts the company’s latest ‘Smartstream’ technologies to lower fuel consumption by up to eight per cent compared to its predecessor.

CVVD controls the duration that the engine’s valves open and close, according to changing driving conditions, improving performance and fuel efficiency while simultaneously reducing emissions.

The LP-EGR system is active at lower engine speeds reducing premature combustion or ‘knocking’ in the engine, and also increasing fuel efficiency.

The combination of CVVD and LP-EGR in tandem creates a significant improvement in fuel efficiency.

As well as reducing emissions, the new technologies also improve the usability of the engines, with more power and torque available at lower engine speeds.

Kia will reveal further plans for the roll-out of its new engines in due course, including internal combustion engine mild-hybrid, hybrid and plug-in hybrid variants.