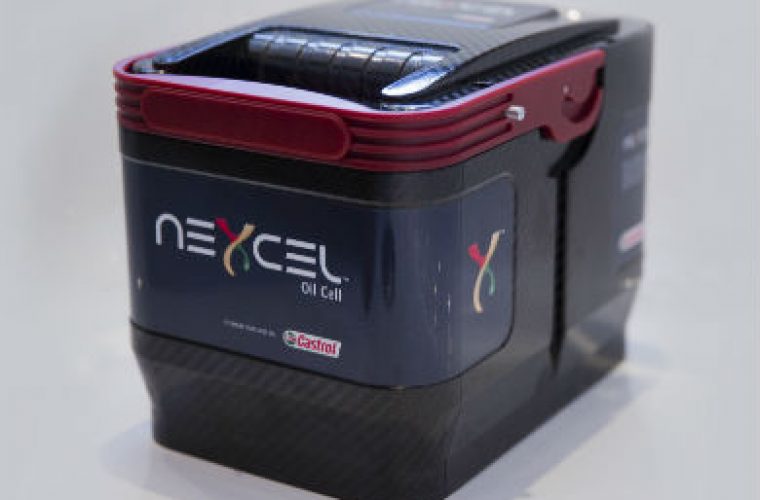 Nexcel oil cell technology means that oil changes can be completed in around 90 seconds, more than 13 times faster than a conventional oil change of 20 minutes.

The system will be fitted as standard in the new Aston Martin Vulcan track-only supercar and is expected to be to go into road car production within five years.

The new unit has been shown to deliver a reduction in CO2 emissions on modern engines and has made the oil changing process much faster and cleaner for workshops.

Oil cells are collected after use, avoiding wastage of used oil, and re-refined into high quality lubricants.

Paul Waterman, Castrol CEO, said: “We believe this is the biggest leap forward in oil change technology in the history of the combustion engine.

“It’s the result of almost three years’ work but as soon as people see the benefits in emissions and servicing as well as the substantial environmental benefits, they will ask why it hasn’t been done before.”

The technology has been tested on a wide range of engines and oil flow has been tested up to 600 litres a minute – 10 to 20 times greater than seen in a conventional passenger car engine.

Castrol is currently in discussions with several other vehicle manufacturers about the technology.