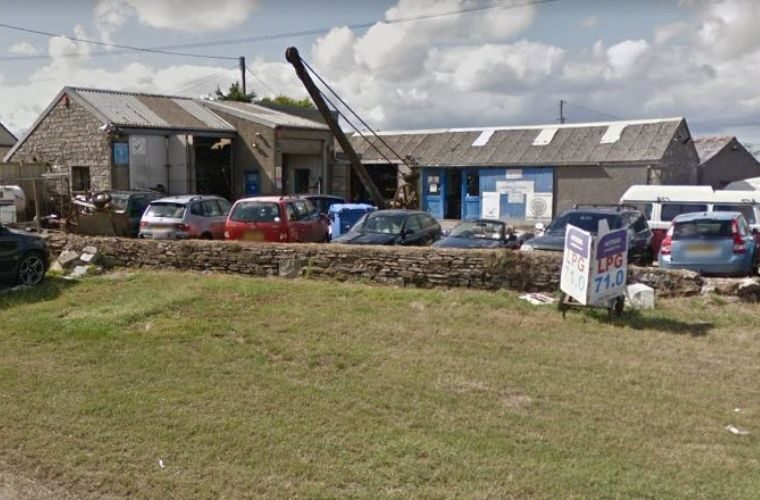 A 78-year-old who collapsed while dropping his car off for an MOT has thanked the garage owner for saving his life, the Falmouth Packet has reported.

Now fully recovered, John Andrew was getting out of his car at Cornwall Autogas and MOT Centre in Penryn when he collapsed in February of this year.

Garage owner, David Spooner called 999 and was given instructions on how to perform resuscitation.

David said: “I was in the workshop and I heard my son in the office shouting.

“I came in and found John sprawled on the floor.

“At first I thought he might have had a stroke.

“I called 999 and told the operator he wasn’t breathing.

“She stayed on the phone and kept me calm whilst I did resuscitation.

“I’d never done it before.

“She counted for me because I was panicking and going too fast.

“He stopped breathing three or four times and I pumped his chest and he started again.

“I sent my son to try and find a defibrillator but there wasn’t one nearby.

“The ambulance turned up about 25 mins later.

“They got me to carry on resuscitating him until they were ready to use their defibrillator.

“They defibrillated him three times before he was stable.”

John was taken by ambulance to the Royal Cornwall Hospital in Truro and then on to Derriford Hospital in Plymouth, where he had a triple bypass surgery to restore normal blood flow to three obstructed coronary arteries.

David added: “One of the paramedics asked me afterwards whether I had done it before.

“She seemed surprised that I hadn’t.

“It wasn’t until the paramedics took over and I sat down in the office that it finally hit me what had happened.

“It’s hard to describe the way I felt afterwards.”

John said: “I don’t really know what happened, I know I was going down to book an MOT and I must have just got out there and collapsed straight away.

“I found out afterwards that David gave me compressions for half an hour until the paramedics arrived.

“So he must have saved my life.”

John’s wife, Jacqui Andrew, said: “I don’t know how to put it into words really, it was so wonderful of him to work so hard and I think it was quite stressful for him.

“The first I knew of it was when the hospital rang me to say he’d been taken in, so I didn’t hear the full story until later on.

“We are very very grateful to him.

“It’s thanks to him that my lovely husband is still here.

“We can’t put into words how we feel and how grateful we are to him really for saving my husband’s life.”

John has since taken “several cars” to Cornwall Autogas and MOT Centre, which he now describes as his “go-to” garage.

Have you ever had to deal with any medical emergencies in your workshop? Share your comments below.