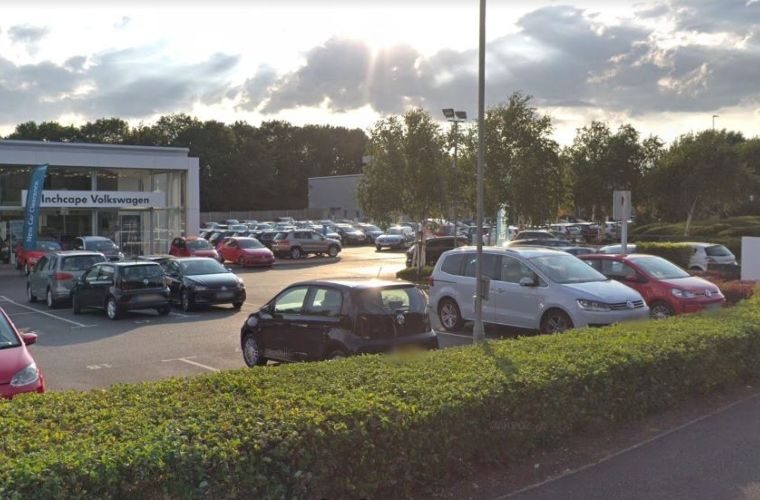 A thief has been jailed for 20 months for his part in a raid on an Inchcape car dealership in which £21,000 of parts were stripped from a Volkswagen Golf GTI Clubsport.

Akhtar Zamir, 31, was caught after cutting himself and leaving blood and fingerprints at the scene in Swindon last November.

His barrister, Iona Nedelcu, suggested that a lack of professionalism and planning as he hadn’t brought protective gloves.

She said her client had been sofa surfing in Swindon at the time and had been offered £400 to join two other men in breaking into the dealership and stripping the rare Golf.

Prosecutor Robin Shellard told Swindon Crown Court on Friday afternoon that Inchcape had bought the Golf, of which there are just 400 in existence, last year for a little under £29,000.

On November 1, staff at the dealership spotted a man in the secure compound where the prized hatchback was parked.

Shellard said: “It was clear he was acting suspiciously and when he became aware he was being watched by the workmen he made off.”

At 9.15pm the following day, three men used bolt cutters to break into the compound and smashed a window in the car to quickly disabled the alarm before stripping the vehicle of its parts – many of which were unique to that model.

Two of the men took out parts worth an estimated £21,000, including the seats, door panels, luggage rack, carpets, door trims and central console.

The third man ferried the parts away.

Zamir, who in 2014 was jailed for his part in a gang that stripped Audis of £200,000 worth of parts and is currently serving more than five years for conspiracy to handle stolen goods, was caught after DNA from blood left at the scene led police to him.

Mr Shellard described the West Midlands man as a professional thief, having travelled down from Birmingham.

Zamir, who appeared before the crown court via video link from Featherstone prison in Wolverhampton, admitted theft when he was before the magistrates last month.

Defending, Ms Nedelcu said her client had been homeless at the time having lost his accommodation in October or November last year.

He had four daughters, including a baby girl born in January whom he had not yet met.

He had pleaded guilty at the first opportunity and wanted to express his remorse for what he had done, the barrister said.

Jailing Zamir for 20 months, Judge Jason Taylor QC said: “There is no basis of plea but I have said I do not accept assertions made in mitigation that you were sofa surfing in Swindon and got involved at the last minute for £400 because you were desperate.

“In my judgement you travelled down from your home region of Birmingham specifically because of the rarity of this car.”

He added of the offence: “It is highly aggravated by your previous convictions because they speak of somebody who in my judgement is either a professional thief or fence or both.”