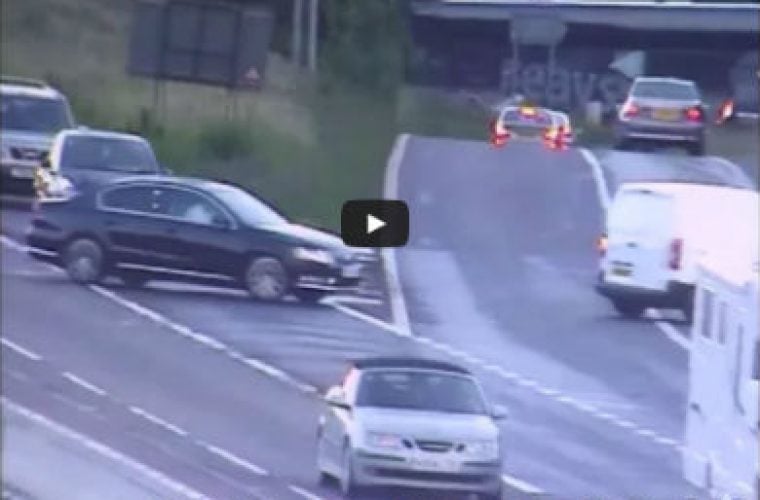 Cars exit the motorway by turning the wrong way at junction 18 in Northamptonshire.

The CCTV footage shows numerous reckless drivers turning blindly onto an entrance slip road to the M1 at junction 18 near Crick, Northamptonshire.

Cars, vans, campervans and even a coach can be seen performing illegal U-turns on the motorway but police say they will seek to prosecute all drivers involved.

During the footage, which was captured on Sunday 5 July, a Reays coach can be seen attempting to follow the steady stream of cars.

The coach performs a three-point-turn, reversing back out onto the motorway blocking live lanes before it continues driving the wrong way down the slip road.

The coach driver has since resigned.

“People joining the motorway aren’t expecting other vehicles to be coming towards them.

“These drivers were not only putting their own lives at risk, they were risking the lives of everyone heading down that slip road.”