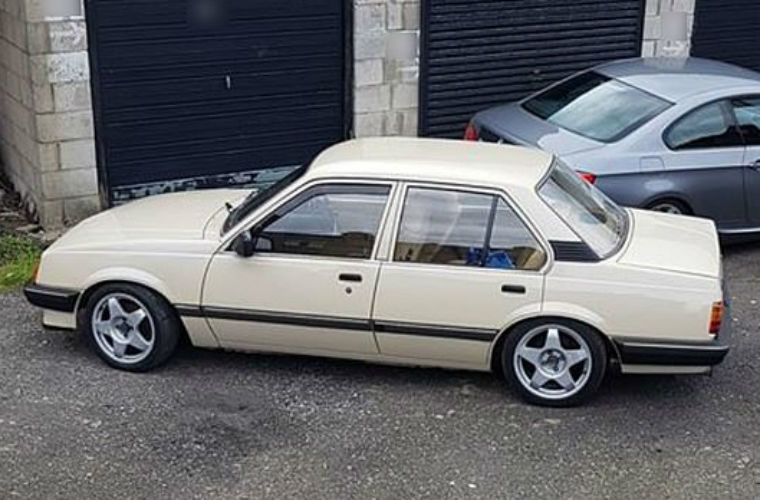 Dave Aspden wanted an exhaust to be fitted onto his Cavalier for free.

A social media ‘influencer’ has been left red-faced after the owner of an independent garage shared his aggressive messages on Facebook.

Dave Aspden, who created a 22,000 member Facebook car group, threatened to “make or break” the family-run garage by shaming them online for not fitting his exhaust for free quickly enough.

He had asked Gary Faulkner, owner of garage Zaustworx in Lancashire, to fit a an exhaust on his Vauxhall Cavalier for free.

In exchange, he promised to promote them in his Facebook group.

Gary agreed to the arrangement, suggesting that February was the earliest available slot but Mr Aspden never confirmed am appointment.

When he asked again a few weeks later, Gary told him his workshop was now booked up until March but added that he could still have the work done for free.

Angered that he would have to wait even longer, Dave said the garage would ‘regret messing’ with him.

Minutes later, Mr Aspden left a review on Zaustworx’s Facebook page branding them “cowboys” and “f****** morons” for making him wait for the free job.

Undeterred, garage boss Mr Faulkner posted their entire exchange – including the negative review – on the firm’s own Facebook page to expose Mr Aspden’s behaviour, adding that the business “would not tolerate threats”.

“I think your plan has backfired”

The garage’s own social media following trebled from 5,700 likes to more than 16,300 following the post.

The garage later put up another post saying “Oops Dave, I think your plan has backfired”.

Mr Faulkner said: “I had to protect the business, being threatened like that. But the response that it got was unbelievable.

“It blew up, but it blew up in his face, and that could have so easily been the other way round if I hadn’t posted the conversation.

“The phone didn’t stop ringing, with people booking jobs in and people just ringing with support.

“I booked quite a few jobs in just purely because people had seen that and thought ‘I’m going to use him’.

“He was fully intent on ruining my business”

“He was fully intent on ruining my business and if it had gone the opposite way to what it did then I would imagine he’d have been pretty happy about that.

“Trying to jeopardise a small business just for the sake of a few hundred quid is not really on, is it?”

Mr Aspden admitted that he shouldn’t have ‘lost his temper’ but claimed that Zaustworx should have ‘honoured’ what they said they would and it could have been ‘avoided’.

After the garage exposed the conversation, Mr Aspden admitted he was “wrong to lose his temper” but maintained that the garage was at fault.

Posting on Facebook, Mr Aspden wrote: “Zaustworx and I had shaken hands on a deal and when I went to see him about seven weeks ago but as usual only half the story ends up on social media.

“If he couldn’t do it when he said then he shouldn’t have agreed the deal with me after talking in person.

“I shouldn’t have lost my temper granted but at the same time he should have also honoured his handshake or just say he can’t do it and all this would have been avoided.”

Have/would you ever offer free work for a social media influencer? Share your comments and experiences below.